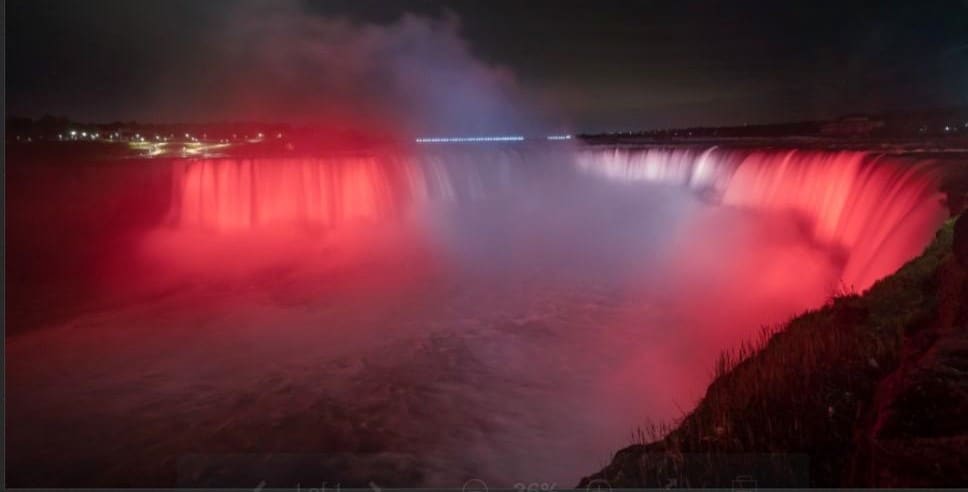 The first-ever gold medal Olympic win for the Canada’s Women’s soccer team will be honoured tonight by Niagara Falls being backlit red, white and gold.

Both the Canadian Horseshoe and American Falls will be alternating between red, white, blue and gold tonight from 9:30 to 10 pm in recognition of this morning’s (August 6) big win.

The Canadians made history by beating Sweden 3-2 on penalty shots after a 1-1 nail biter of a match in Yokohama, Japan.

Sweden had the most chances in regulation, outshooting Canada 24-14 and winning the possession battle 54-46, but the Canadian defence, led by Kadeisha Buchanan, Ashley Lawrence and Allysha Chapman held firm and kept Canada in the game.

This is the third consecutive Olympic medal for Canada in Women’s Soccer but after two successive bronze medals, the Canadians wanted to change the colour of their medals and win it all for football legend Christine Sinclair, who has been playing for her country since some of her teammates were just learning to walk.

(With files from Glenn Hendry)