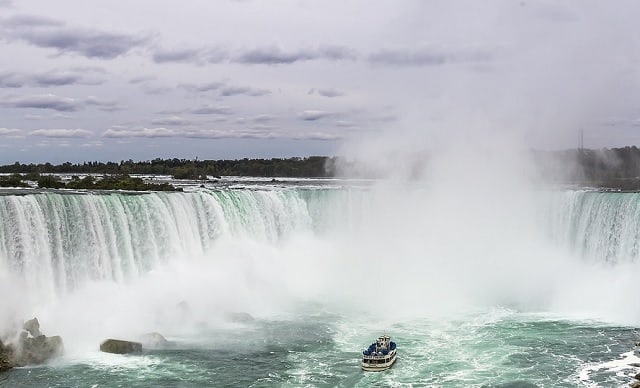 Niagara Falls will be illuminated in orange for an hour on Friday evening to commemorate residential schools victims.

The Niagara Parks commission says it will light the Falls from 10:15 p.m. to 11:15 p.m. “in memory of the 751 Indigenous children discovered in unmarked graves at a former residential school in Saskatchewan.” Both the Canadian Horseshoe and American Falls will be lit up.

On Thursday, the Cowessess First Nation announced their findings from a search at a site in Regina.

Niagara Falls will be Illuminated in orange tonight from 10:15 to 11:15pm in honour of victims of the Canadian residential school system. pic.twitter.com/iNtGBOgIU7

The Falls were also illuminated on May 30, after Tk’emlúps te Secwépemc First Nation found remains of 215 children at the site of a former residential school in Kamloops, B.C..

Approximately 139 residential schools operated in Canada from the late 19th to late 20th century. They were an instrument of what the Truth and Reconciliation Commission, in 2015, established as cultural genocide against Indigenous peoples.

In a release, Niagara Parks said it is “exploring options to best recognize the victims” in the likely case that more remains are discovered.