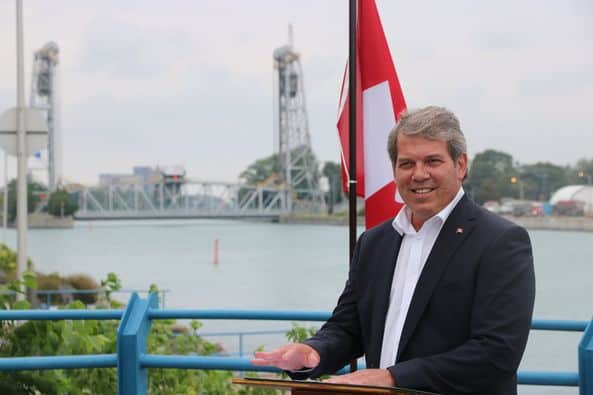 Niagara Centre MP and Liberal candidate Vance Badawey is not happy that Elections Canada is not letting university and college students vote on campus during the September 20 federal election.

“A government cannot reflect its country if youth are discouraged from voting,” said Badawey. “I urge Elections Canada to reconsider this decision – our future depends on all Canadians having their say.”

In Niagara Region, this will directly affect students at Brock University in St Catharines and Niagara College in Niagara-on-the-Lake.

However, Elections Canada is saying it simply didn’t have enough time to set up polling stations at post-secondary institutions during the short campaign of a snap election.

“It takes months and months to organize ‘Vote on Campus’, and during a minority government, an election can be declared at any time,” Rejean Grenier, a spokesperson for Elections Canada, told the media at the times of the announcement.

Elections Canada added it’s not offering Vote on Campus this September for logistical reasons: the pandemic and a minority government made it too difficult to plan anything on a campus.

Vote on Campus allowed students to vote in their home ridings while away at school. Temporary voting offices were set up on campus for students to vote by special ballot or update their information so they could cast ballots in the local riding.

It started as a pilot project in 2015, and expanded to 109 colleges and universities in the 2019 federal election.

This time, university and college students will only have the option to vote in whichever riding their ID says they live.