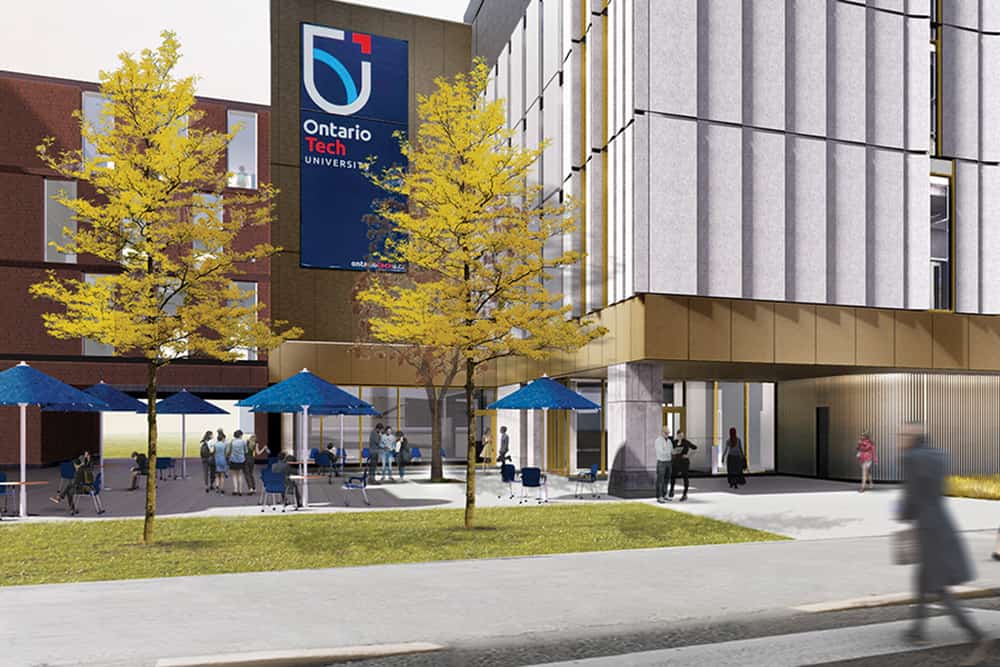 The Mississaugas of Scugog Island called the decision to give Ontario Tech University’s newest building an Indigenous name a “step in the right direction.”

Shawenjigewining Hall – Anishinaabe for ‘the kind place’ – is the name chosen for the four-storey building adjacent to the Campus Library and Energy Systems and Nuclear Science Research Centre that will complete the university’s quad—Polonsky Commons.

The name was then chosen following a traditional Indigenous naming ceremony on June 29. The ceremony followed Indigenous protocols, such as the lighting of a sacred fire, smudging of ceremonial items and participants, playing an honour song, a pipe ceremony and a water blessing.

A plaque with the building’s name and its meaning will be permanently displayed in the front foyer of the building.

“The naming of Shawenjigewining Hall honours Ontario Tech’s Indigenous students, faculty, staff and community, and continues the university’s commitment to an inclusive learning environment where we achieve success by prioritizing reconciliation.”

The building is scheduled to open this fall and it will be home to Ontario Tech’s Faculty of Health Sciences, Office of Student Life, Continuous Learning, and the Ontario Tech Student Union.

Shawenjigewining Hall will also include Mukwa’s Den, an Indigenous space that offers a home away from home for Indigenous students, and space for all students to connect and learn from Indigenous culture and resources.