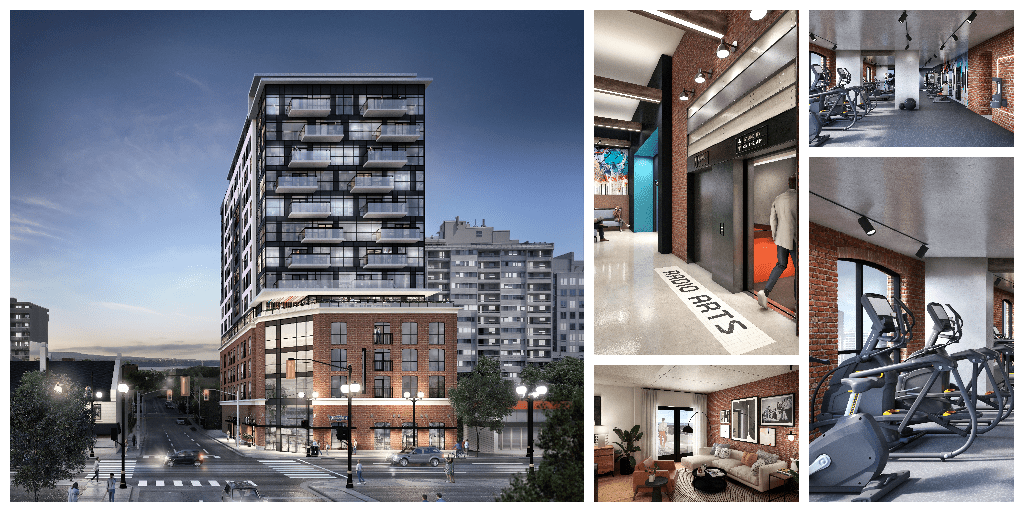 Radio Arts will be a 14-storey residence at the corner of King and Caroline St.

A new condo building in the heart of Hamilton’s downtown core looks to bring new energy to a historic building.

Radio Arts will be a 14-storey residence at the corner of King and Caroline St. The name references a former tenant at 206 King St West, CHIQ radio — later renamed CHAM.

“Hamilton is on the precipice of growth and change,” says Hunter Milborne, CEO of Milborne Group. “The high standards that Vernon sets as a community builder combined with this new wave of energy makes Radio Arts special. It was the right time for me to come back to Hamilton and I am proud to be part of its vibrant urban renewal story,”

Vernon Shaw, founder and president of Canlight Realty Corporation is the developer of the project.

“Ever since my work on the Pigott Building, I have been fascinated by the home-grown creative energy and entrepreneurial spirit that is reshaping Hamilton,” says Shaw. “I’ve always loved the eclectic architectural charm of downtown Hamilton, so when it came to Radio Arts, I wanted to make sure it reflected the unique fabric of downtown, while also recognizing Hamilton’s renaissance of youthful, creative energy,” he adds.

Canlight believes the building is situated perfectly for students and professionals due to its placement along the future light rail transit (LRT) line and proximately to Highway 403. The building will be a four-minute walk to the LRT stops at Queen and James St and is a nine-minute drive to the highway.

Suites at Radio Arts will range from studios to three-bedroom units.

Developers say digital concierge services will also be available to allow residents to manage guest access, home deliveries, and more from their smartphones.

Radio Arts will be the first development in Hamilton to feature stacked vehicle parking. Canlight says there will also be “ample bike storage.” 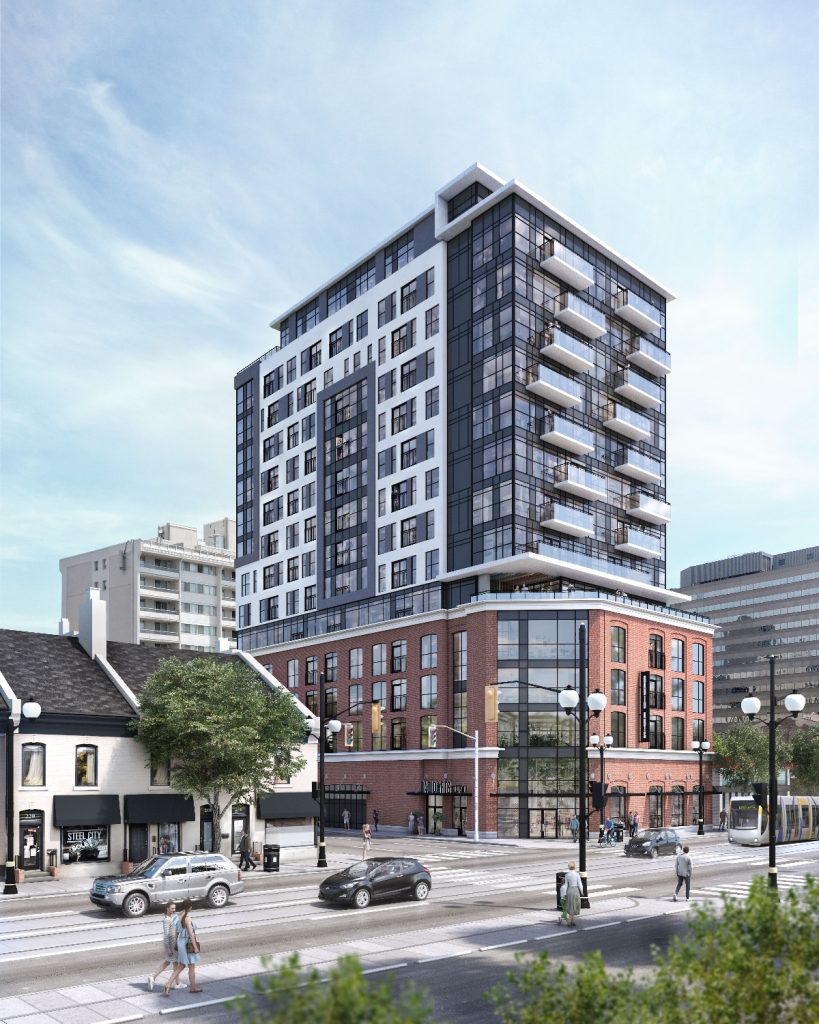 “The four-storey podium pays homage to the original 1908 building design in its masonry details and arched windows,” reads an official media release.

“A glass bevelled corner highlights the ground-floor retail and the condo’s active amenity spaces such as a fitness studio and coworking lounge. Rising above the podium, a black and white cladded residential tower with staggered balconies adds a playful contrast to the brick with modern simplicity.”

Construction will be led by Norstar while Baudit Interior Design will handle the inside aesthetics.

“There’s a distinct vibe in the city that plays on the sophistication of brick and beams while inspiring creativity,” says Erika McCarthy, Partner at Baudit Interior Design. “I’ve seen how Hamilton has grown with the arts, music, and food scenes. Still, Hamilton’s approachability has been consistent, and it’s important that the design of Radio Arts reflected this in the interior design.”

Radio Arts will also be steps from the downtown entertainment precinct, which will see $500 million in renovations to FirstOntario Centre, the Hamilton Convention Centre, and FirstOntario Concert Hall.