Netflix star Deepti Vempati told a crowd in Mississauga how she went from a teen with low self-esteem to a strong, self-assured woman.

Vempati was one of several speakers, including singer-song writer Michelle Williams, at the Self Made Summit, a one-day event Square One Shopping Centre on Sept. 24.

Vempati was one of 30 people on the Netflix reality show, Love Is Blind. The show had people date each other with the hopes of getting engaged — the couples speak inside “pods” and don’t see each other until after a proposal.

Abhishek “Shake” Chatterjee proposed to Vempati but after seeing Vempati, he was unsure, saying he wasn’t physically attracted to her. She ended up turning him down in the televised wedding — saying: “I deserve somebody who knows for sure. So, I’m choosing myself and I’m going to say ‘no.’”

The moment catapulted  Vempati into fame, and she has since written a memoir titled I Choose Myself. But despite the confidence she showed on the show, she spent much of her youth struggling with issues such as an eating disorder, racism and “self-loathing.”

“I’ve always had self-esteem issues and confidence issues and it took me a long time to get past all of that,” she said. 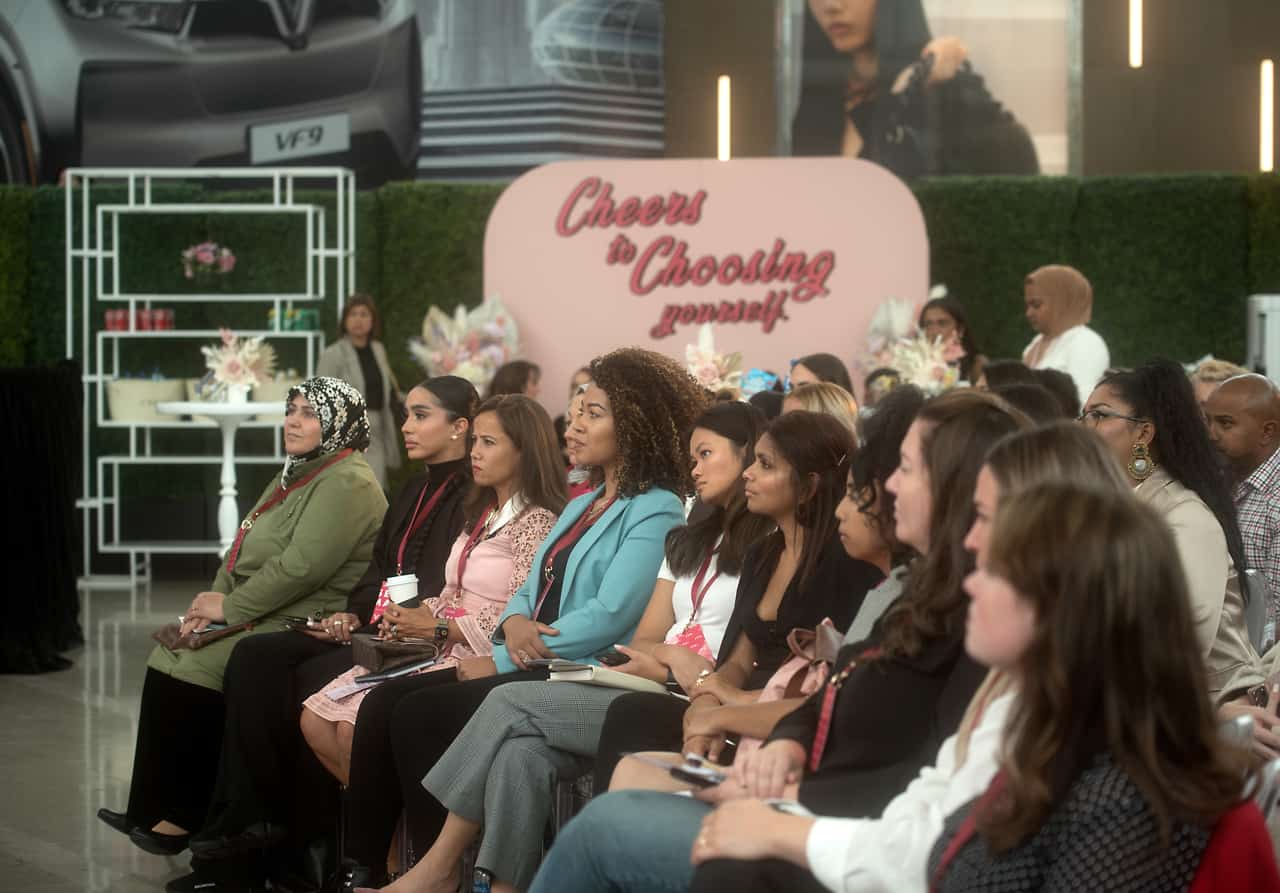 The Self Made Summit audience listens to Deepti Vempati at Square One on Sept. 24.

After trying dating apps in her search for a partner, the idea speaking to someone without seeing them first appealed to her, she said.

“This experiment really tests you like, are you able to look past the physical things?”

While she exudes confidence now, she wasn’t always this way.  She moved with her family from India to Chicago at age 8. She didn’t speak English well and couldn’t understand her teacher or classmates.

“I felt like I didn’t belong at all,” she said.

In her teens, things got worse and she started to lose her identity.

“When I was growing up, I was surrounded by white people, I didn’t have very many brown friends,” she said. “I was bullied a lot because I was overweight, there were a lot of issues. And all I wanted to do was be a white girl, which is so crazy to say out loud, because that’s not who I am today at all.”

But even today, things aren’t perfect. She says that people have a misconception that she is very self-confident because she had the strength to turn down Shake and choose herself.

“I want to let people know that imperfection is OK, it’s normal.”

Overcoming body image issues and losing herself is part of her ongoing story.

“It’s been a tough journey for me.”