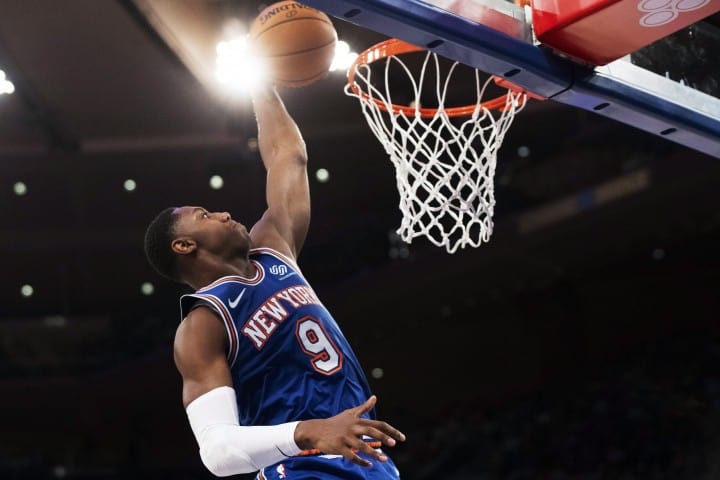 Basketball star RJ Barrett of the New York Knicks sings the praises of dining out in Mississauga in a new animated video produced by NBA.com and food delivery service DoorDash.

Barrett, who attended St. Marcellinus Secondary School in Mississauga then later Duke University, was the third overall selection in the 2019 basketball draft of amateurs and has since become an emerging star in the NBA.

“When I come home (to Mississauga) the first thing I do is to go get some Jamaican food,” says Barrett. “I love beef patties and ox tail and rice and peas.”

Even though he is an athlete and maintains a healthy diet, Barrett admits that he does “cheat” sometimes and indulges on burgers and pizza.

His biggest confession, though, is that during his years in middle school he dined on poutine for lunch every day. What Canadian didn’t?

“The best thing is that in Canada there is so much good food everywhere you can go anywhere and get a great meal,” he says.

You can watch the full video here.