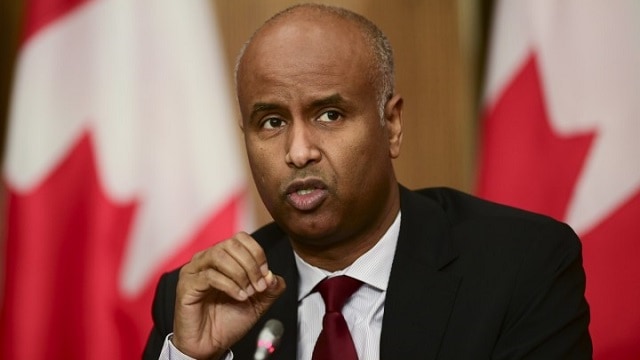 The federal minister in charge of the government’s push on child care says bringing down fees parents pay is a key ingredient in the Liberals’ design for a national system.

Social Development Minister Ahmed Hussen also says that just as critical will be to expand the number of affordable daycare spaces across the country for parents who want them.

He says the two issues have come up in his conversations with his counterparts in other countries that have created national child-care systems.

He also says the two issues are key take-aways from Quebec, which is the lone province with such a system.

Hussen said that driving down fees and ramping up the number of spaces would likely require a sizeable influx of federal funds.

He added the government expects the already high demand for daycare spots to increase once the pandemic is firmly in the country’s rear-view mirror.

“We have to work hard together to decrease fees substantially, to make it more affordable for parents, but we also have to make sure that there is an increase in the number of spaces,” Hussen said in an interview with The Canadian Press.

“Otherwise, we’ll have a situation where you make it more affordable, but only for those who can access it. And for those who just can’t find a space, they’re out of luck.”

The Liberals pledged to create a universal child-care system in their September throne speech as a way to help more women return to and enter the workforce as their numbers fell during the pandemic.

Along with longtime advocates, business groups have also become more vocal supports of the idea, something Hussen and other Liberals now cite when discussing child care.

“You can’t talk about a national system, more affordability, more quality and an expansion of spaces without hiring more workers,” Hussen said.

“Without increasing the number of early childhood educators, then you’re not really delivering on those increased spaces.”

The total spend on child care in the fall statement amounted to $585 million in new money, some of it spread over five years.

In their consultations with experts, the Liberals have been told that federal funding would be need to make spaces more affordable.

In some cities, a daycare space can cost more per month than rent or mortgage payments.

On the other side, covering the cost of spaces is also seen as a way to help child-care centres rely less on steep fees that dried up when lockdowns forced them to close. Some closed for good and others were pushed to the financial brink because they often run on tight margins.

To build the kind of system nationally that Quebec has provincially could cost Ottawa upwards of $11 billion annually by some estimates once fully in place.

Child care is a provincial responsibility and a change in federal government could also shift priorities away from a plan that would take years to implement.

Hussen said the government will be looking to “generate early momentum” with provinces and Canadians to prove the Liberals are serious about the child-care promise.

He also said the government would bring “resources and political will” to the table in talks with provinces.

Hussen said similar efforts will take place with Indigenous groups to co-develop a daycare system that is culturally appropriate.