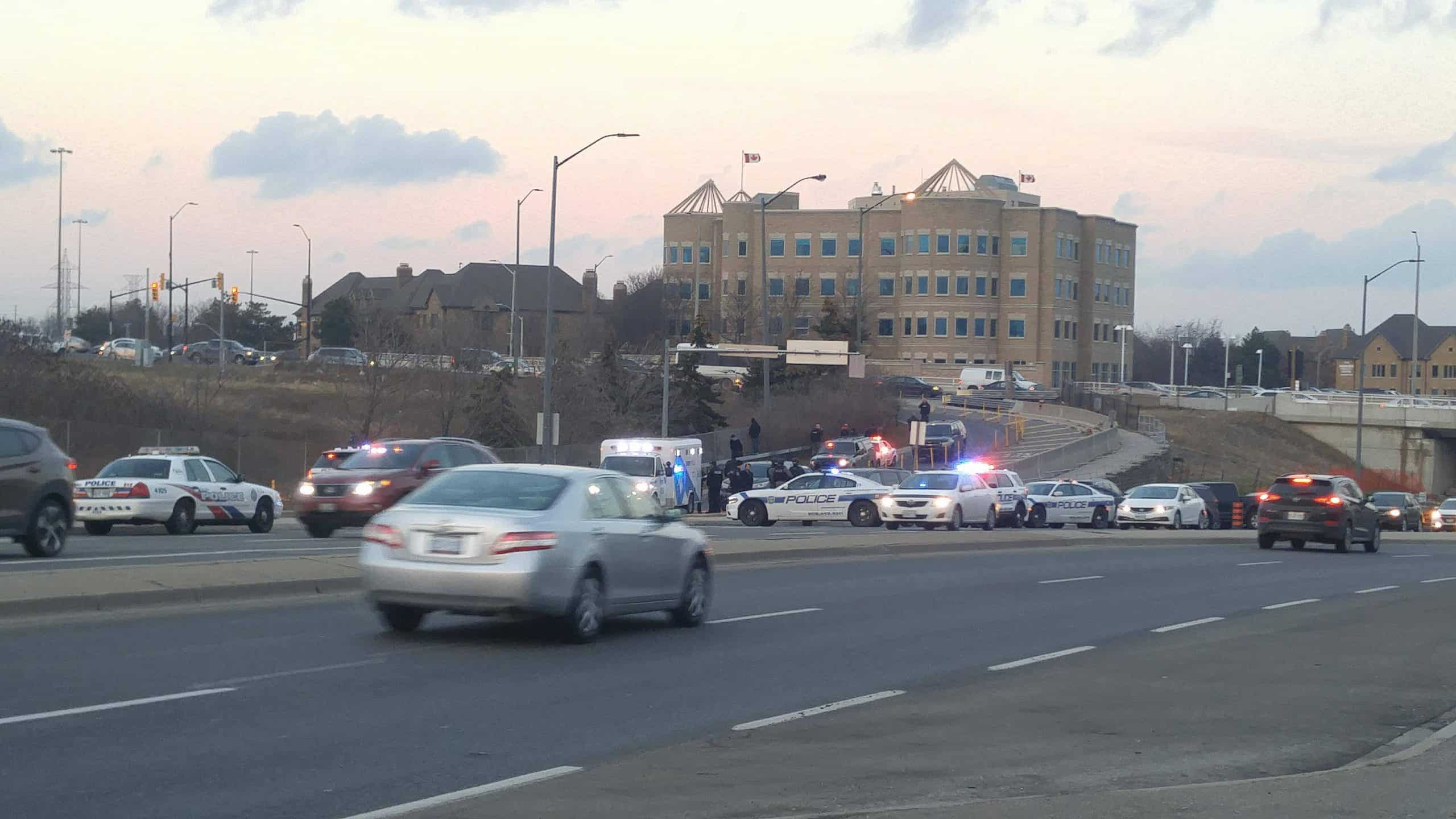 There is heavy police presence near a major Mississauga intersection as the result of a multi-vehicle collision and unrelated ongoing police investigation.

You’ll want to avoid the area of Rathburn Rd. and City Centre Dr. — alongside rush hour, there are major delays around City Centre.

Police say there was a multi-vehicle crash at around 4:22 p.m. this evening. Injuries are currently unknown.

As of around 5:30 p.m. there is still police presence in the area.

The added police presence is due to an ongoing investigation, the nature of which has not yet been released.

There are various delays in the area. You may want to take an alternate route.

5:51 p.m. – road closures are in effect. Hurontario northbound is closed from Square One Dr., the ramp from Hurontario to Rathburn is also closed.

“We are aware of the additional congestion in this already busy area, and are making efforts to have officers assist with traffic,” say police.

Southbound lanes at Hurontario are down to one lane at Rathburn as of 6 p.m., say police.