More than 1,000 fireworks complaints in Brampton during Diwali celebrations 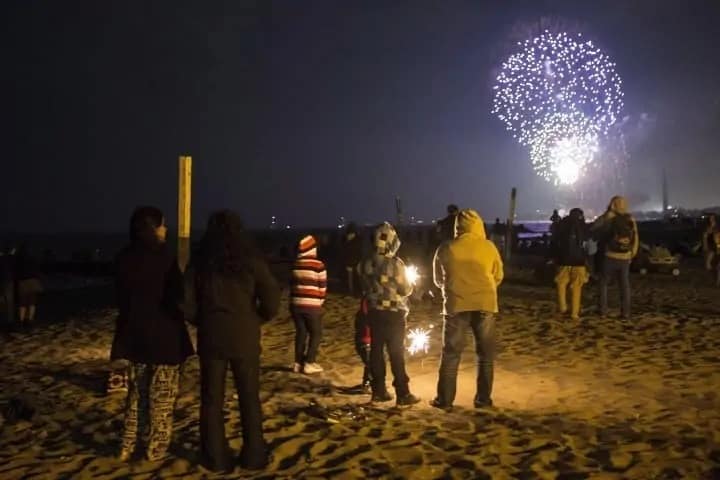 A City spokesperson has confirmed that Service Brampton received a total of 1,004 fireworks related service requests for Diwali on Oct. 24, far surpassing the more than 650 fireworks-related calls made during Diwali celebrations in 2021.

Users on social media have said fireworks could be heard going off as late as 5:00 a.m. in some parts of Brampton, well after the City’s 11:00 p.m. bylaw.

Just days after the celebrations, a Change.org petition calling for the City of Brampton “to put a cap on firework days and times or a complete firework ban” began circulating online.

There have been more than 6,700 signatures, and while the petition doesn’t specifically mention Diwali, some signees mentioned the festival in their reasons for supporting the petition.

Peel Regional Police also responded to a fight among 400 to 500 people celebrating Diwali. Video of the incident was viewed more than 966,000 times on TikTok before it was removed.

Fireworks complaints during the annual festival of lights celebrated by Hindus, Sikhs and Jains prompted Brampton City Council to explore a complete ban on fireworks in Brampton earlier this year. Council also discussed holding a central Diwali fireworks show, similar to displays set off by the City to celebrate Canada Day.

Those proposals were shelved in June when council sent a report on fireworks back to staff, directing the City to consult with the community and stakeholders on next steps.

Mayor Patrick Brown said he personally received fireworks complaints from community members and has asked for input on how the City can curb the number of complaints and still celebrate the festival of Diwali.

Brown said that Brampton bylaw officers “can’t possibly keep up with the number of infractions that happen on Diwali night,” and suggested one solution is to have a common place for fireworks at Chinguacousy Park.

A spokesperson for the mayor couldn’t confirm if Brown plans to bring any fireworks-related motions to council, but added that they believe many councillors are in support of a single celebration at Chinguacousy Park.

The new term of council is set to have its first special meeting on Nov. 16, and its first regular meeting of council on Nov. 30.

There are only four days per year when the City allows short-range fireworks to be set off on private property in Brampton without a permit – Diwali, Victoria Day, Canada Day and New Year’s Eve.

While no permits are required to set off fireworks on Diwali, fireworks are not permitted after 11:00 p.m. in Brampton and there is a ban on using fireworks on sidewalks, streets, within city parks, school yards or any other public area in Brampton.