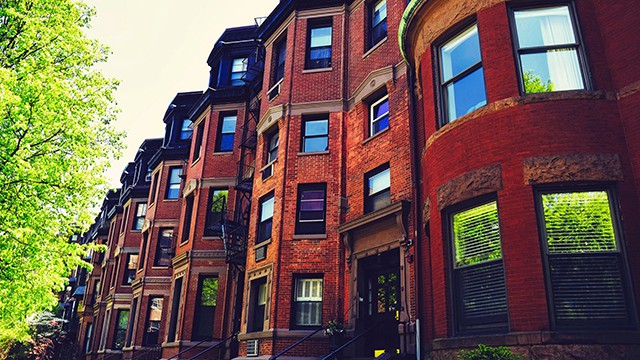 Seven provinces have signed on to a federal rent assistance program created as part of the national housing strategy, newly released documents show.

So far, the Liberals have only announced deals with four provinces to deliver the Canada Housing Benefit to vulnerable renters, such as low-income families, Indigenous people, veterans and newcomers.

Money is already flowing to Ontario, Nova Scotia, Saskatchewan and British Columbia but documents tabled in the House of Commons last week show three more unnamed provinces have signed up for cash.

The jointly funded federal-provincial housing benefit is tied to an individual, rather than a subsidized unit that someone could lose when they move to a different dwelling.

The government says the dollar amounts and the names of the three added provinces will eventually be revealed in official announcements that have been delayed because of the pandemic.

The Liberals have added more programs to the strategy over time, including a $1-billion, short-term initiative to help cities and housing providers buy properties and turn them quickly into affordable housing units.

Municipalities have said they plan to spend the money quickly to force the case for the government to top up the fund.

Similarly, Indigenous housing providers are pushing for the government to finally unveil a plan for First Nations, Métis and Inuit living in urban areas.

A House of Commons committee is studying the issue and should deliver a report by the end of the year, which could lay the foundation for a program to be unveiled in a 2021 spring budget.

“The federal government needs to implement a distinct housing strategy for Indigenous Peoples in urban and rural settings, and that Canadians are in favour of Indigenous Peoples themselves designing and overseeing such a strategy,” said Robert Byers, chair of the Canadian Housing and Renewal Association’s Indigenous caucus, and CEO of Namerind Housing in Regina.

“It is time for the federal government to follow through and announce such a policy as soon as possible.”

The Liberals are marking the anniversary of the housing strategy to unveil the members of a key body designed to help the government meet the plan’s targets.

The national housing council will work in tandem with a federal advocate that will help root out systemic issues in the housing system. The government also announced Sunday it was launching a formal process to finally fill the role.

Social Development Minister Ahmed Hussen said in a statement that the council and advocate will help the government recognize the right to adequate housing, calling it a “remarkable step forward for housing” in the country.

Tim Richter, who will co-chair the housing council, said the group will provide a way for people who have experienced homelessness or lived in need of housing a way to participate in policy that impacts them and identify systemic gaps.

He pointed to higher COVID-19 rates in low-income and racialized communities that also live in substandard housing as an example.

The pandemic has exposed many of the issues facing the housing system, leaving too many Canadians at risk of COVID-19 for no other reason than they have poor housing, Richter said.

“The council, I think, can not only provide that policy support and give voice to those people who are experiencing housing need and homelessness in the country, but also light a fire under governments to move much more urgently to address Canada’s housing crisis,” said Richter, president of the Canadian Alliance to End Homelessness.