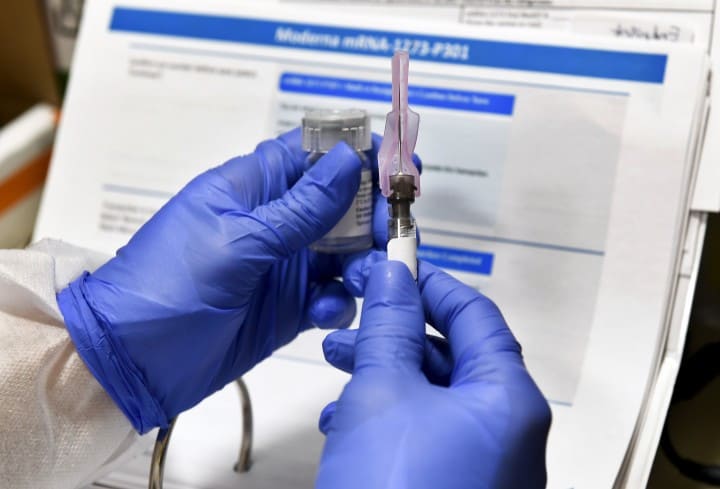 OTTAWA — U.S. biotech firm Moderna says its vaccine is showing signs of producing lasting immunity to COVID-19 and that it will have as many as 125 million doses available by the end of March.

Moderna’s messenger RNA vaccine is one of the first two Health Canada expects to approve, with at least 20 million doses guaranteed for Canadians.

Currently only two million doses are supposed to arrive in the first three months of 2021, but the company says it should have 15 to 25 million doses available for non-U. S. deliveries before the end of March.

Moderna has said Canada — the first country to sign a deal to buy its vaccine — will be getting doses from the company’s first batches, but it’s not yet clear whether Canada will receive more than two million doses in its first deliveries.

Moderna is among several vaccine makers whose initial clinical results show their vaccines are safe and effective at creating antibodies, but since the vaccines are so new there has not been enough time to know how long those antibodies will last.