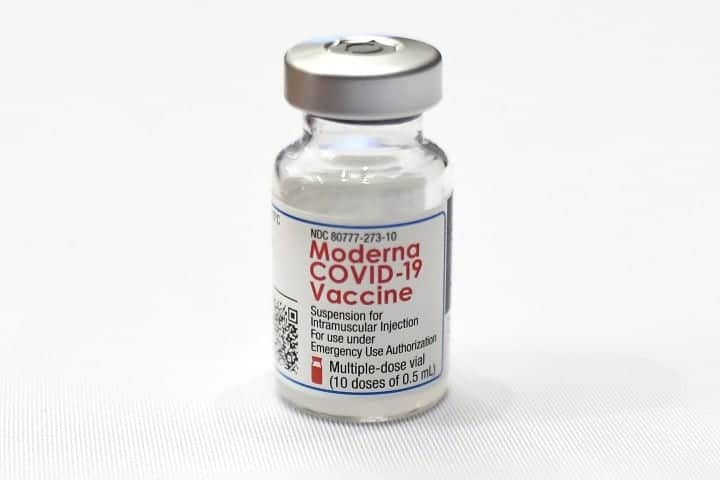 OTTAWA — U.S. drug maker Moderna will sign an agreement with the Canadian government on Tuesday (Aug. 10) promising to build an mRNA production plant in Canada.

Moderna CEO Stéphane Bancel will sign the memorandum of understanding with federal Innovation Minister François-Philippe Champagne in Montreal Tuesday morning. It is the second major deal Ottawa has made to get mRNA made in Canada in the last three months.

In May, Champagne said Ottawa would provide $199 million to Resilience Technologies in Mississauga, Ont., about half the cost of expanding its existing plant to make up to 640 million doses of mRNA vaccines every year.

A spokesman for Champagne tells The Canadian Press Moderna and Ottawa are still negotiating specifics on how much the federal government will contribute to the new plant, along with where it will be built and when.

He said Ottawa attracted the attention of a number of life sciences companies last spring, when it promised $2.2 billion for biotechnology research and commercial production over the next seven years. About half of that is a fund directly targeting companies that want to expand or set up production lines in Canada.

Moderna was founded 11 years ago to research and produce messenger RNA, or mRNA, vaccines and therapeutics, and its COVID-19 vaccine is its first product ever authorized for widespread use.

Scaling up production to meet huge demand has been at times problematic for the young company. Thus far Moderna has partnered only with Swiss-based Lonza to make the drug substance of the vaccine at facilities in Switzerland and New Hampshire.

The vaccine is finished and filled into vials by a number of companies in Europe and the United States.

Canada has played no part in the production of Moderna or any other COVID-19 vaccine to date. Its lacklustre pharmaceutical industry, decimated over the last 30 years, left Canada entirely reliant on imported vaccines to slow COVID-19. Many of the scientists on the teams that made COVID-19 vaccines are from Canada but were lured away to the United States and elsewhere, where life science industries were thriving.

Prime Minister Justin Trudeau, who is expected to call an election very soon, has staked some political capital on rebuilding Canadian life sciences, from basic research, to clinical trials, and large commercial production.

More than $1.2 billion was committed previously, including the funds for Resilience, $600 million for several COVID-19 vaccine and therapy clinical trials, and $126 million for the National Research Council to build a biologics production plant in Montreal.

That facility, which is nearing completion, is to make vaccine for Maryland’s Novavax. The company had expected to request final authorization for its COVID-19 vaccine last spring but thus far that has not happened. Last week the company cited production consistency issues, when it delayed its expected request to the United States until the fall. it is the third time Novavax delayed its U.S. filing.

It began a rolling review for authorization with Health Canada last winter, but the final approval has still not happened in this country either. Novavax is a subunit protein vaccine, not an mRNA vaccine.

Canada also promised more than $400 million to help Sanofi complete a $925-million expansion of its vaccine production plant in Toronto. The existing plant mainly makes flu vaccines, and the expansion will focus on that as well.

The mRNA vaccines are among the newest of vaccine technology. They use RNA, a single-stranded molecule that typically carries specific codes about various human genes and instructs the body to make certain types of cells. An mRNA vaccine takes the code for parts of the virus that causes COVID-19 and attaches it to RNA which, when injected, carry a message to the human immune system that teaches it to fight off the virus.

Currently, Moderna and Pfizer-BioNTech are the two mRNA vaccines for COVID-19 and neither company can keep up with current demand. But the future demand for mRNA products is expected to be much bigger than just COVID-19.