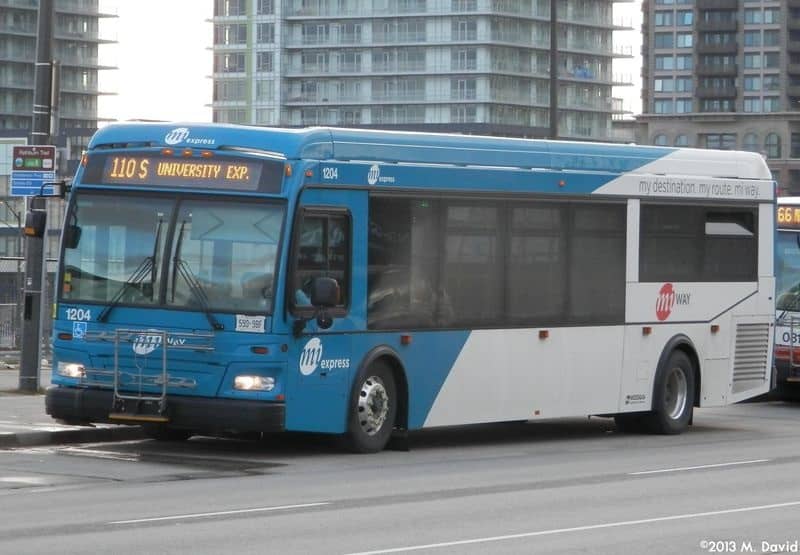 MiWay is increasing service starting next week as students head back to the classroom.

MiWay is adding bus service across the city starting next week as high school and post-secondary students head back to the classroom.

Among the key changes, which take effect next Monday (Sept. 6), MiWay will use larger buses on some trips in an effort to ease overcrowding on routes 1 (Dundas St. From west Mississauga all the way to Kipling GO station in Etobicoke), 66 (McLaughlin Rd. from the City Centre Transit Terminal and Sheridan College Hazel McCallion Campus north to Sheridan College in Brampton) and 103 (Trillium Hospital Queensway to Brampton’s Gateway Terminal).

Also, enhanced service for students is needed as in-person learning resumes. More buses are being added to high-demand areas, including the re-instatement of Route 107, which travels to Humber College. Service will include buses every 20 minutes all day.

Furthermore, as high school routes resume, regular school service will be available on nine 300-series school routes and additional trips will be provided on some other routes.

MiWay officials say they’re adjusting/enhancing service on various routes “to ensure that service is available where and when customers need it.”

They add that they’re continuing to monitor all routes so they can respond to customers’ needs and ridership demand.

Additionally, service will be reduced or cancelled on some routes, in response to lower demand, officials say. Routes facing some reductions include weekday routes 6, 23, 45 and 109 and Saturday routes 2 and 17.

Due to lower rider demand, Route 68 Terry Fox will have its Sunday service cancelled and Route 90 Terragar-Copenhagen Loop will stop running on Saturdays.

MiWay will operate on a holiday schedule on Labour Day (Sept. 6) and Thanksgiving (Oct. 11).

Passengers are reminded that wearing a mask is still required on all buses and inside transit terminals.