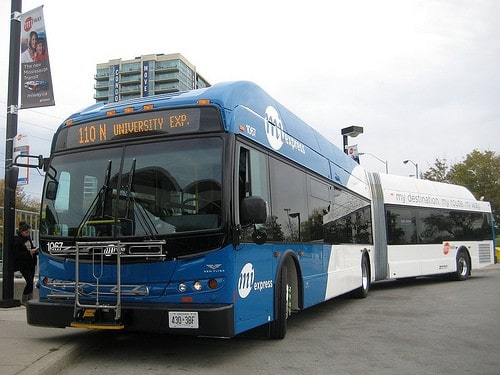 For the first time in MiWay’s ridership history, the City of Mississauga’s transit service has reached 50 million boardings in one year.

“MiWay is the first Greater Toronto Hamilton Area municipal transit service outside of Toronto to celebrate 50 million boardings in one year,” said Geoff Marinoff, director of Transit. “This is a significant achievement that would not have been possible without more customers choosing to ride MiWay.”

Customers are invited to attend an appreciation event on Tuesday, January 22.

Where:
Inside the City Centre Transit Terminal, 200 Rathburn Rd. W., Mississauga, ON.

For customized route and schedule information visit www.miway.ca or call 905-615-INFO (4636). View scheduled departure times on a smartphone or other mobile device at m.miway.ca or download the MiWay iPhone/iPod Touch application from the Apple iTunes App Store (www.miway.ca/app).