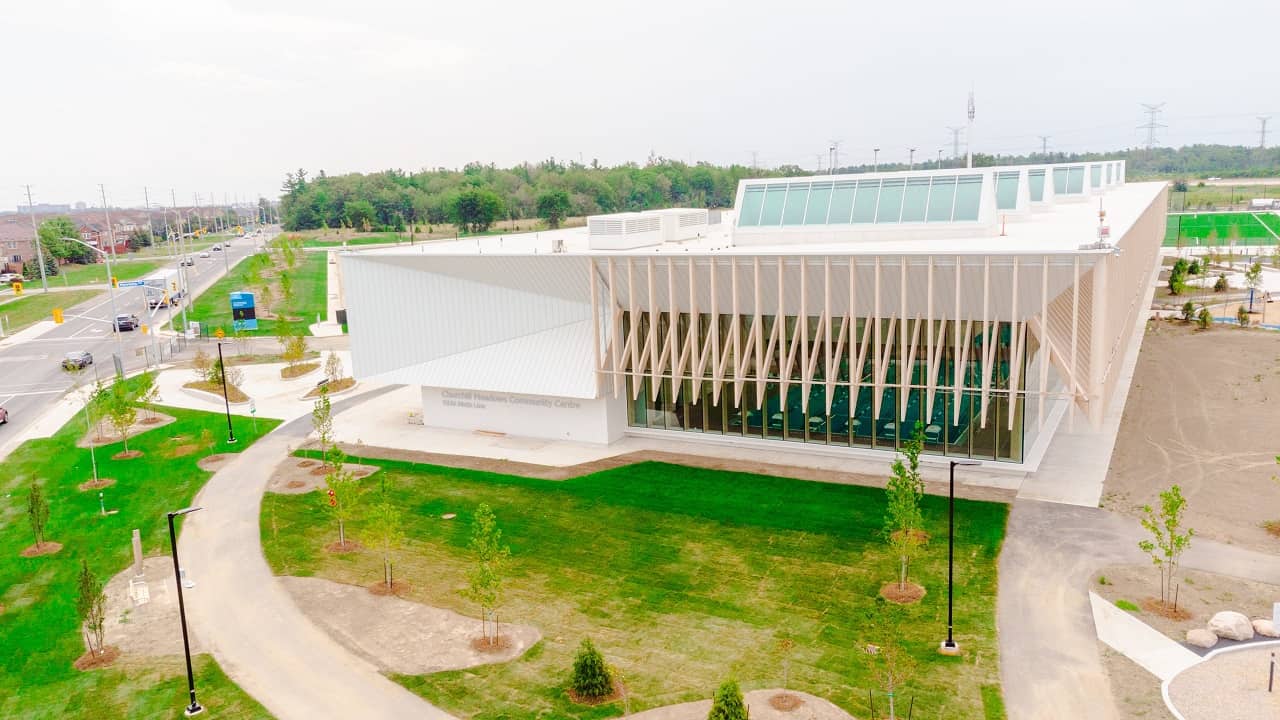 The $51-million Churchill Meadows Community Centre and Sports Park will be officially opened this Saturday.

Mississauga is officially introducing its newest sports and recreation gem to the masses this Saturday (Oct. 9).

Hundreds of residents, City of Mississauga officials and others will be on hand for the official unveiling of the $51-million Churchill Meadows Community Centre and Sports Park, a state-of-the-art facility in the west end of the city.

The 75,000-sq.-ft. building, combined with 57 acres of greenspace along Ninth Line, opened to the public two weeks ago and is expected to quickly become “a real destination,” said Ward 10 Councillor Sue McFadden.

She further described the long-awaited and much-anticipated addition to the city as “a spectacular new, state-of-the-art facility.”

“We’ve been working on this, and waiting for this for 10 years,” said McFadden. “I couldn’t be more proud and so happy for the community. This will be a real destination.”

The official opening ceremony is scheduled for 5 p.m., with various activities and entertainment planned for 5:30-8:30 p.m.

Music, performers, tours of the facility, chef demonstrations, storytime on a bus, pumpkin crafts, family fitness activities, sports activities, sidewalk art and a basketball shoot-around are all on tap. A plaque unveiling is also part of the day’s events.

City officials say that due to provincial government gathering restrictions, the event required pre-registration for members of the public and spaces have been fully booked. The public will be given tours of the site, 100 people per time slot, throughout the late afternoon/early evening.

The huge facility is located at 5320 Ninth Line, with Hwy. 407 and Sixteen Mile Creek just to the west and the growing Churchill Meadows community (west of Erin Mills) to the east.

Among other things, the recreation facility features: