Mississauga’s Naylor with the big blast, Whitby pitchers close it out vs Australia at U18 World Cup 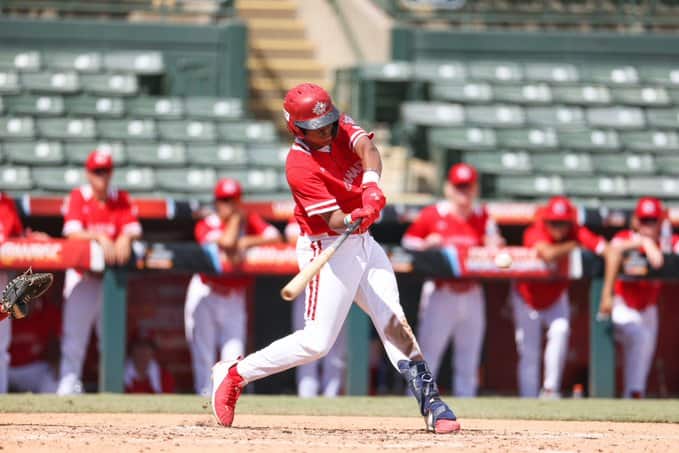 Myles Naylor belted a solo homer in the fifth inning that proved to be the difference as Canada hung on to defeat Australia, 7-6, to move to 2-1 in the Placement Round at the U18 Baseball World Cup.

The Mississauga slugger’s blast came on the heels of Sam White’s RBI single earlier in the inning that broke a 5-5 tie in a game that took place at Ed Smith Stadium.

Canada jumped out to a 1-0 lead in the first thanks to a Naylor RBI single before the Aussies came back to tie it in the third.

The tie didn’t last as Canada plated three runs in the home half of the inning with the big blow coming when Hugh Pinkney tripled to centre that brought in the second and third runs of the frame.

Canada starting pitcher Jack Pineau worked his way into the fourth inning before walking in a run on the bases loaded that ended his outing. Makaio Cisneros of Whitby took over and gave up a two -run double to Australia’s Max Stagg.

Cisneros settled in, keeping Australia off the scoreboard during the fifth and sixth innings while Tyrus Hall’s (Victoria, BC) RBI ground out in the bottom of the fourth tied the game.

Closer Zak Szabo, also of Whitby, got into trouble after recording the first two outs of the inning, but after Australia came to within one run of the lead, recorded a huge strikeout to earn the save and preserve the win.

Canada will continue Placement Round play today at Ed Smith Stadium in Sarasota when they face Italy.