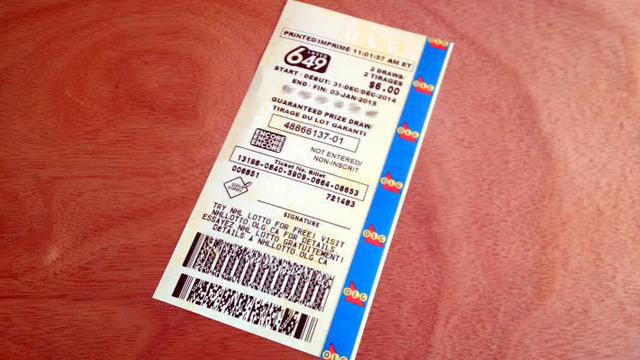 A Mississauga woman is celebrating an exciting lotto win with her partner.

OLG says that saying “yes” to Encore paid off for Armen Ketenjian of Pickering and Ankeen Bedrosian of Mississauga, as the couple matched the last six of seven Encore numbers in exact order in the August 25, 2020 Lotto Max draw to win $100,000. 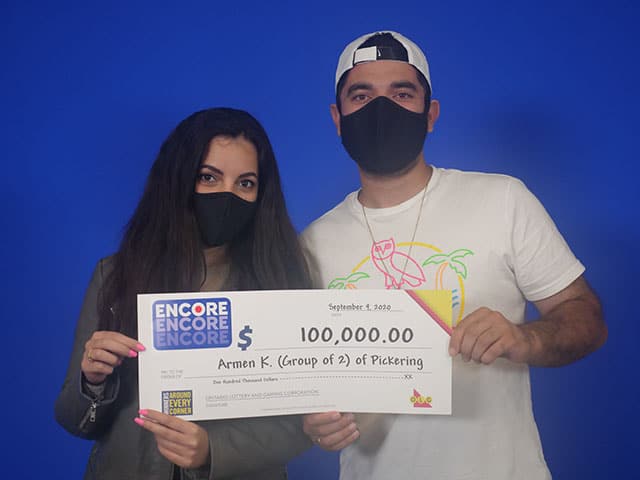 OLG says the young couple picked up the ticket on a whim in an attempt to cash in on their streak of good luck after Armen won a pair of sneakers in a raffle.

Armen gave his ticket to his dad to check on the OLG Lottery App.

“I was still waking up and my dad was yelling for me to come downstairs. I thought something was wrong,” he told OLG.

“I ran in and saw my dad holding up his phone. I FaceTimed Ankeen and told her to come over because I had some good news to share.”

The pair told OLG that they plan to save their winnings.

“We’re saving it. We aren’t going to touch it until the right opportunity presents itself. We’re going to be responsible and not let it change anything for us.”

Armen and Ankeen agree that this win feels like both a blessing and a safety net.

“I feel thankful. This makes it easier for us to move onto the next stage of our lives,” Ankeen told OLG.

The winning ticket was purchased at Harbour View Convenience on Navy Wharf Court in Toronto.

OLG is now accepting in-person prize claims by-appointment only for customers with prizes of $1,000 or more.