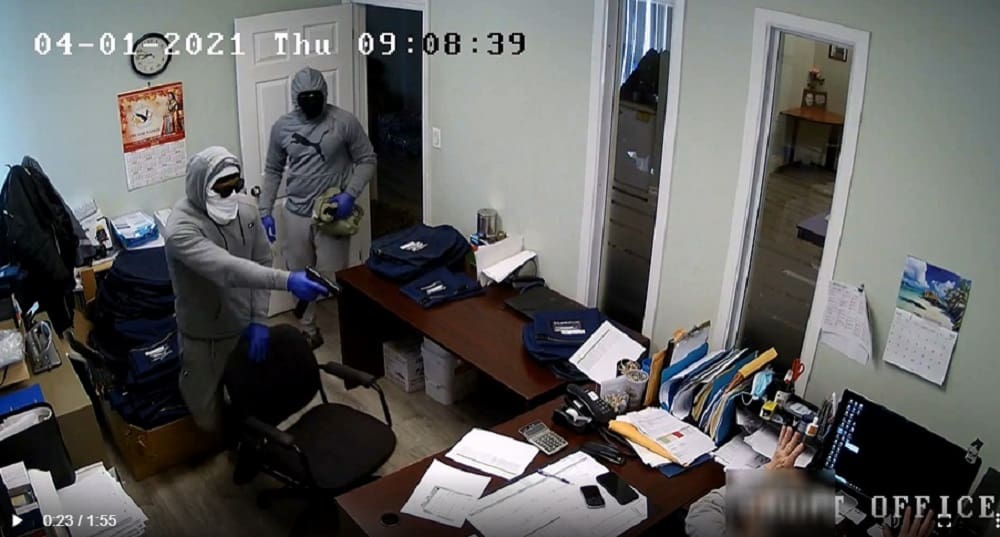 This image of the April 1 armed robbery in progress was taken from surveillance cameras. (Video supplied by Toronto Police)

A Mississauga woman is among seven people facing numerous charges in connection with a violent million-dollar Toronto heist and various firearms offences.

In revealing details of the probe, which began in the wake of an April 1 armed robbery of a retail location just east of Pearson Airport in Mississauga, investigators with Toronto’s Holdup Squad said they’re also on the hunt for one additional suspect, a Toronto man, who’s wanted for a number of offences including robbery with a firearm.

Toronto Police Acting Insp. Richard Harris, of the Holdup Squad, said the Carlingview Dr./Dixon Rd. area business, which refills privately-owned ATM machines, was targeted in April by two armed men who forced an employee at gunpoint to give them access to the location.

The culprits then assaulted a second employee and ordered the two victims to open the safes, then forced them to the ground, police say.

The men loaded garbage bags with $1 million in cash before fleeing in a waiting car. 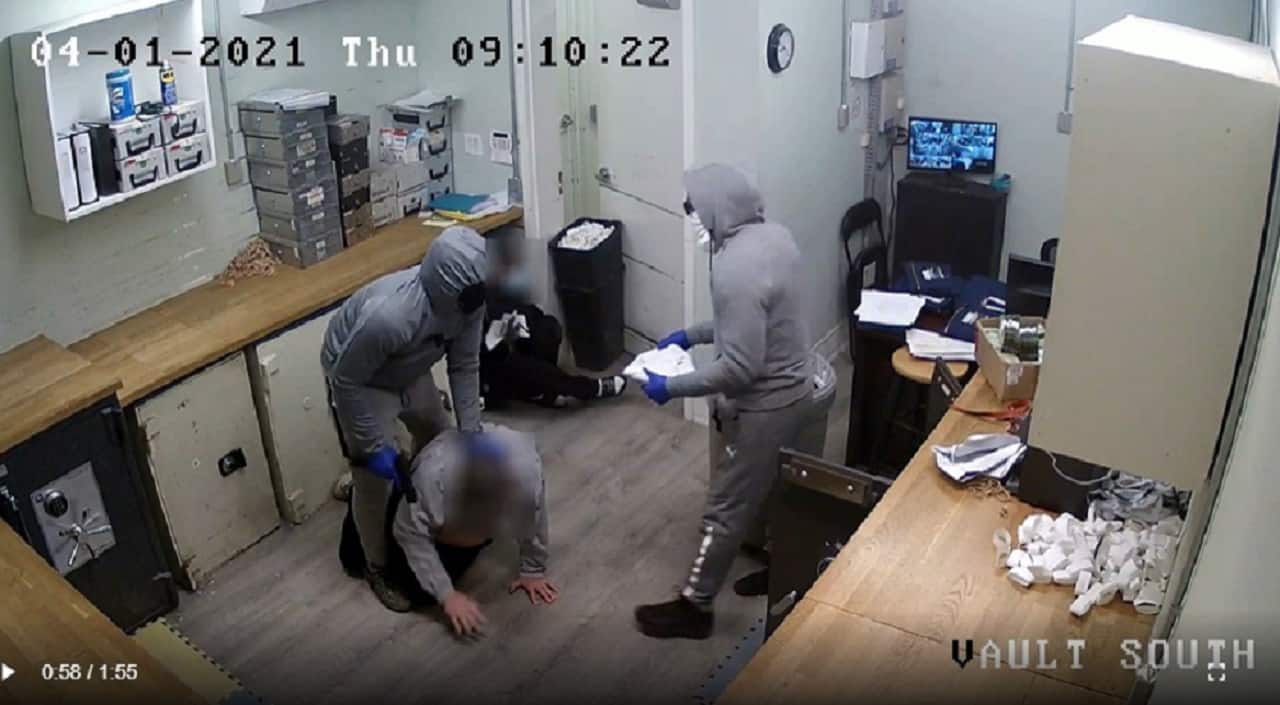 Some six weeks later, on May 17, police recovered $160,000 of the stolen money after responding to an attempted home invasion call in the Kipling Ave./Steeles Ave. area of Toronto.

Police say armed culprits tried to get into the home, but were unsuccessful and fled when police were called. Investigators subsequently recovered the cash inside the unit.

From there, investigators say they were able to identify four suspects alleged to have been involved in the April 1 robbery.

On Sept. 9, a man and woman were arrested after police stopped a vehicle in Toronto. They recovered a fully loaded 9mm Glock handgun and ammunition from the car.

Courtni Martin, 22, of Mississauga, is charged with:

Devante Virgo, 23, of Toronto, is charged with similar offences in addition to:

Both have made first appearances in Toronto court, and are next scheduled to appear separately on Oct. 7.

Later on Sept. 9, and the following day, the Holdup Squad executed four search warrants at various homes and on two vehicles, and arrested five people, police say. They seized six Glock pistols and a Luger firearm, body armour, magazines, numerous rounds of ammunition and large amounts of cocaine and cash. 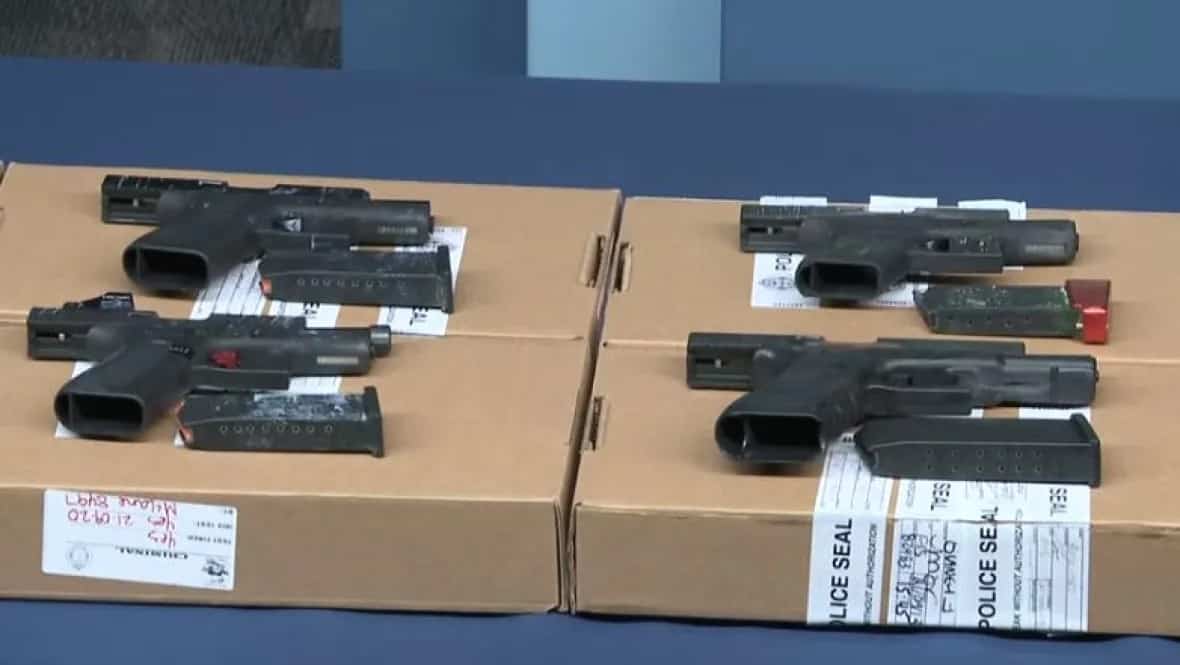 Andrew Parsons, 22, of Toronto, is charged with conspiracy to commit an indictable offence and robbery with a firearm.

All are scheduled to appear in Toronto court.

Emmanuel Rawson, 22, of Toronto, is still being sought by police on charges of robbery with a firearm, conspiracy to commit an indictable offence, disguise with intent, and possession of property obtained by crime over $5,000.