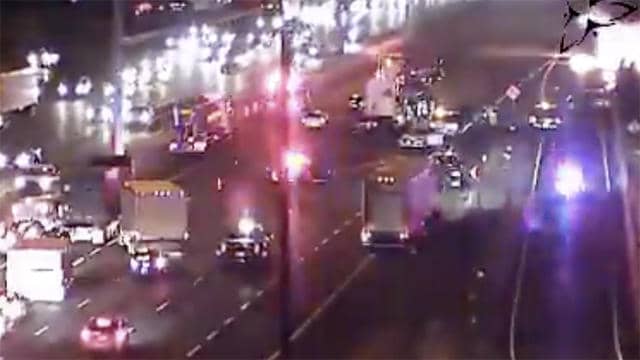 A Mississauga truck driver has received a three-year prison sentence for causing a fatal crash in Oakville in 2019 that left one woman dead and injured seven others.

In February, Muhammad Hasnai Raza was found guilty for dangerous driving causing death. On Tuesday, he was sentenced to three years in federal prison and a six-year driving prohibition.

The transport truck that Raza was driving crashed into a total of seven vehicles during a time when traffic had slowed because of construction ahead. A transport truck caught fire.

Elena Kulikova, a 34-year-old Niagara Falls woman who was driving one of the vehicles that Raza crashed into, was pronounced dead at the scene. Seven other people were treated for non-life-threatening injuries.

Cover photo courtesy of the OPP.