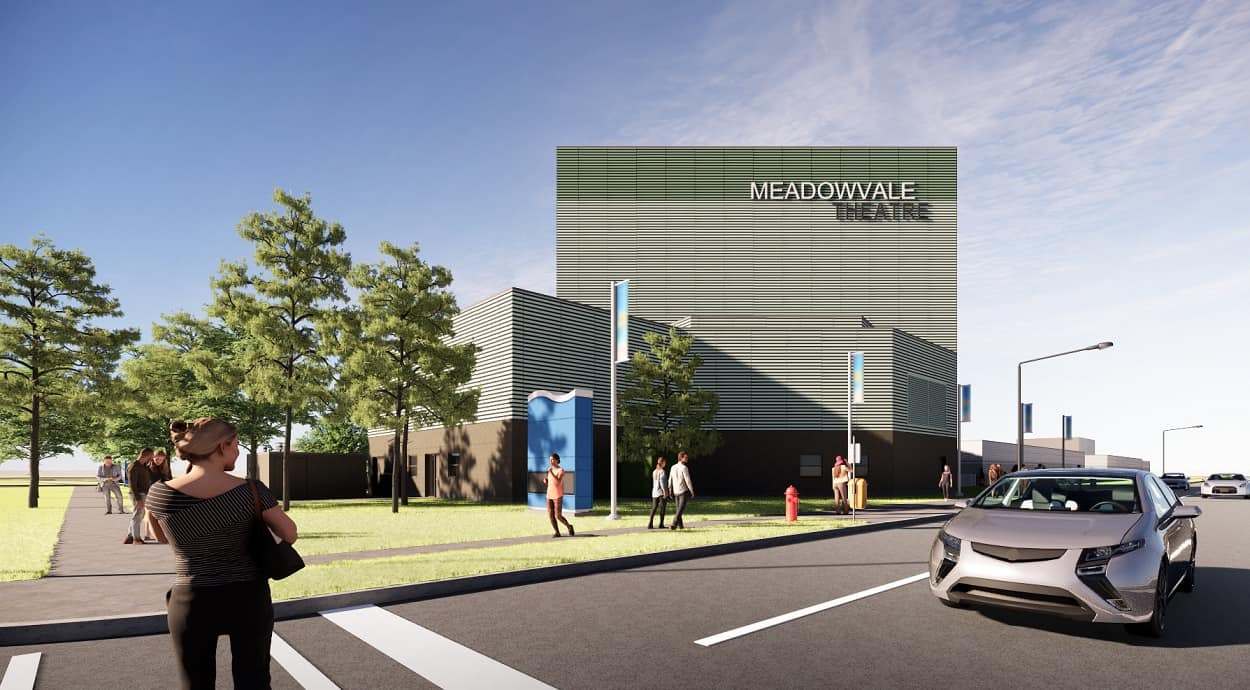 Rendering of what the newly-renovated Meadowvale Theatre looks like from Battleford Rd. (Image: City of Mississauga)

A popular community theatre in north Mississauga is reopening this month with a new, more modern look.

Meadowvale Theatre, which was shut down in May 2021 in order to undergo a much-needed facelift, officially reopens to the public on Sept. 24 when the facility hosts an open house.

City of Mississauga officials invite the public to “drop by to see the newly-modernized theatre and enjoy a variety of activities such as a community barbecue, live music and more.”

The open house runs from noon till 4 p.m. and is open to all ages. Admission is free.

Additionally, public art by Jay Havens can be viewed and there will be a behind-the-scenes tour offered to visitors.

A free souvenir will be handed out to all guests.

Meadowvale Theatre had already been closed to the public for a year due to the COVID-19 pandemic when it was officially closed for renovations early last year.

The theatre, which had not received any major upgrades since it opened in 1989, has been significantly updated and improvements made in areas of accessibility and energy efficiency.

Essentially, the City says, the renovations have transformed the theatre into a more “modern, inspiring and accessible space.”

Mayor Bonnie Crombie said last year when renovations began that, “Meadowvale Theatre is a vibrant hub that has been a part of Mississauga’s arts and culture scene for over 30 years.

“I’m so glad that the theatre is getting updated and enhanced, so that it can better serve theatregoers as a place to experience our vibrant performing arts community.”

–with files from Ashley Newport