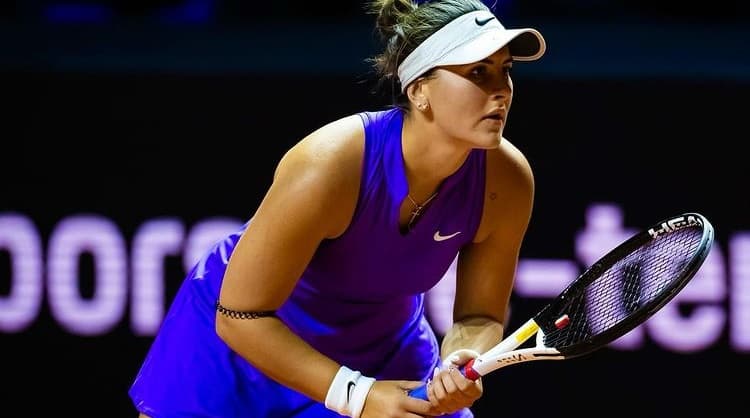 Collins is currently ranked number eight seed in the Women’s Tennis Association (WTA). Andreescu was ranked 111 coming into the event.

In 2019, Andreescu defeated Serena Williams in the 2019 US Open final, securing her first career Top 10 win.

Today’s win was only her fourth match back after taking a 6-month break to focus on her mental well being.

Flying through to the final 16 🦋

🇨🇦 @Bandreescu_ dispatches No.8 seed Collins, 6-1, 6-1, marking her 1st Top 10 win since defeating Serena Williams at the 2019 US Open!#MMOPEN pic.twitter.com/hxBB8jT0qN

“I’ve been trying to find my way back,” Andreescu told WTA. “I was happy I was able to get in that zone again and I found all the tics that helped me in my previous matches.”

The two players had never faced each other before, and both managed to score a series of winners in the first two games. Andreescu’s aggressive returning and supreme defense allowed her to gain the advantage over Collins and the American’s form deteriorated.

“I knew I had to put on a very good performance because she’s been doing very well recently,” Andreescu said. “I did not expect for it to go like that at all. But I stuck to my gameplan, and it worked.”

Andreescu plays again on May 3 facing off against number 14 ranked seed, Jessica Pegula of the United States.