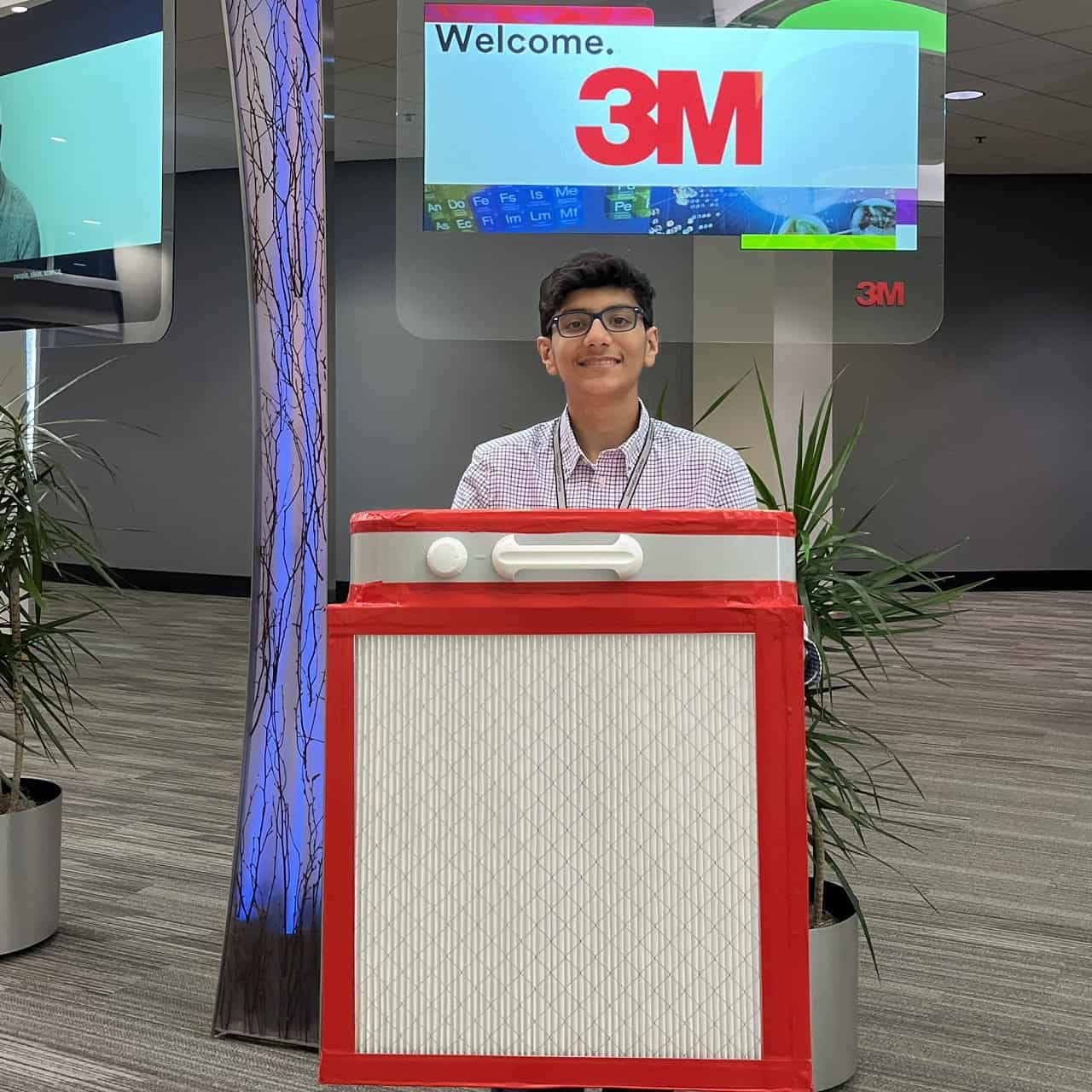 It started late last year with a simple offer to build air purifying devices for those in need locally.

Now, 12 months later, the Mississauga high school student who made that initial offer and followed through on it to the tune of 120 devices built, and counting, has made waves in the global scientific community.

Shiven Taneja, a 15-year-old Mentor College student, began building DIY (do it yourself) air purifiers last year during the height of the COVID-19 pandemic.

The devices, known as Corsi-Rosenthal Boxes, are used to provide vulnerable members of the community with clean indoor air.

To date, Taneja has constructed more than 120 units for people in his community and along the way has captured the hearts of many around the world, according to family, friends and others in his community.

Last month, the budding scientist/engineer was invited to the Minnesota headquarters of 3M, a multinational conglomerate that operates in the fields of industry, worker safety, health care and consumer goods. The huge company produces more than 60,000 products under several brands.

On Nov. 11, 3M management officials hosted Taneja and his mother at their global headquarters in St. Paul, Minnesota.

Last year about this time, with schools in Mississauga and across Ontario set to reopen just a few weeks later in January despite the onset of the omicron variant of the COVID-19 virus, Taneja set out to clear the air–literally.

On Boxing Day 2021, Taneja committed to building customized Corsi-Rosenthal air filter boxes for anyone in the city.

He took to social media to spread the word, and the reaction was immediate. His initial post garnered some 2,500 “likes” and things took off from there.

Taneja said he purchased materials at Canadian Tire and Lowes and then set about building the devices.

“These are perfect for use at home,” Taneja wrote in an online response to a query from a guidance teacher with the Peel District School Board who said she was concerned about transmission in her home with two young children.

The teen’s offer to build the devices came amid concerns about the Ontario government’s decision to limit the availability of PCR tests, and also have school resume on Jan. 5.

–with files from Nathan Sager