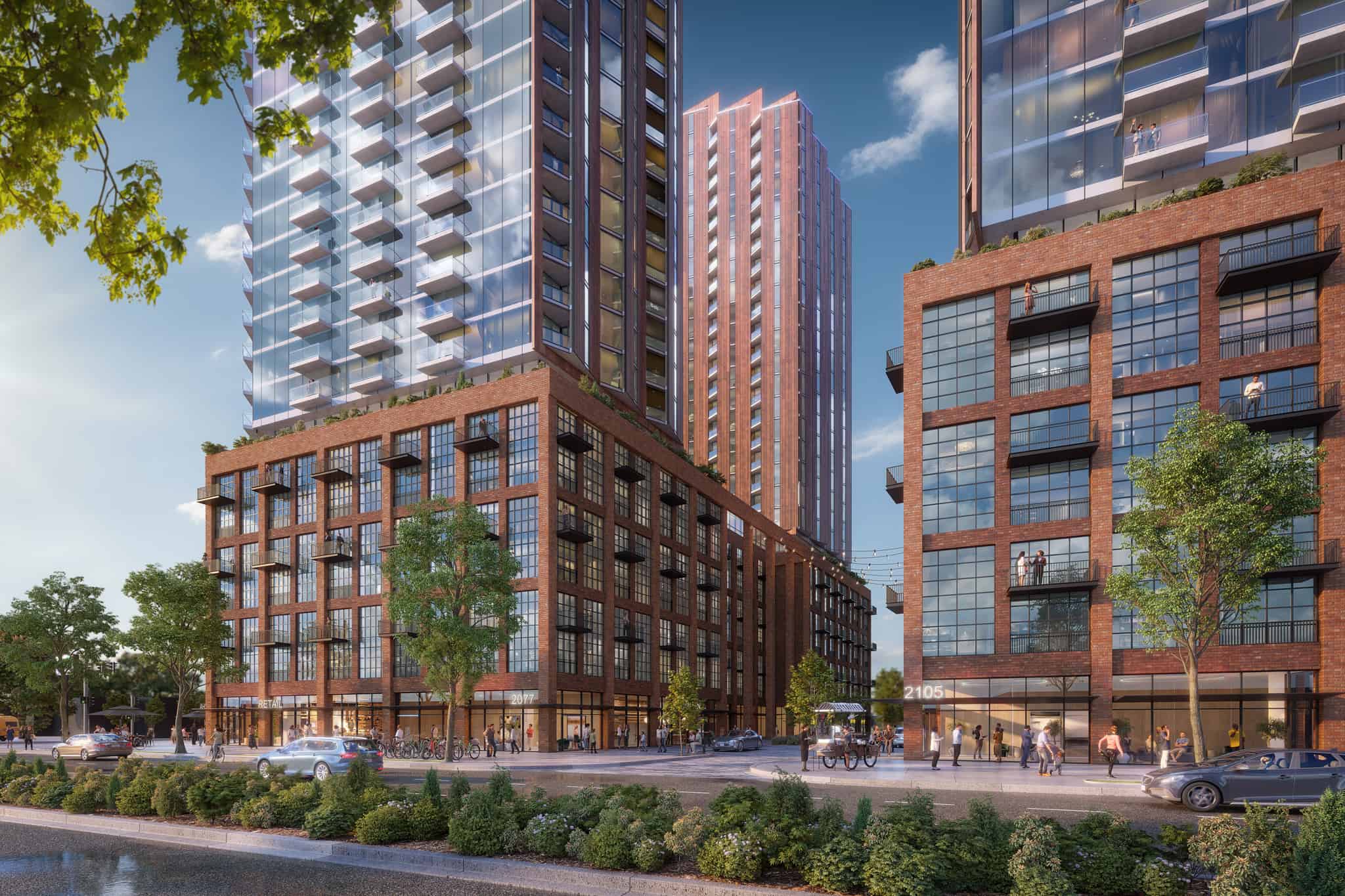 A rendering shows plans for residential towers next to a Mississauga GO Train station. Renderings via Slate Asset Management

Four towers with more than 1,200 residential units are planned for a plaza next to a GO Train station in Mississauga.

Plans are moving forward for a property at 2077, 2087, 2097, and 2105 Royal Windsor Dr. just south of the Clarkson GO Train station, according to a press release from Slate Asset Management.

Currently, Clarkson Gateway Plaza occupies this approximately 3.7-acre site with four, one-storey buildings. These buildings would need to be demolished for the new development.

Several businesses including Scooter’s Roller Palace, a Harvey’s restaurant, a Goodyear repair shop, a hair stylist and a car rental company are currently on the site. 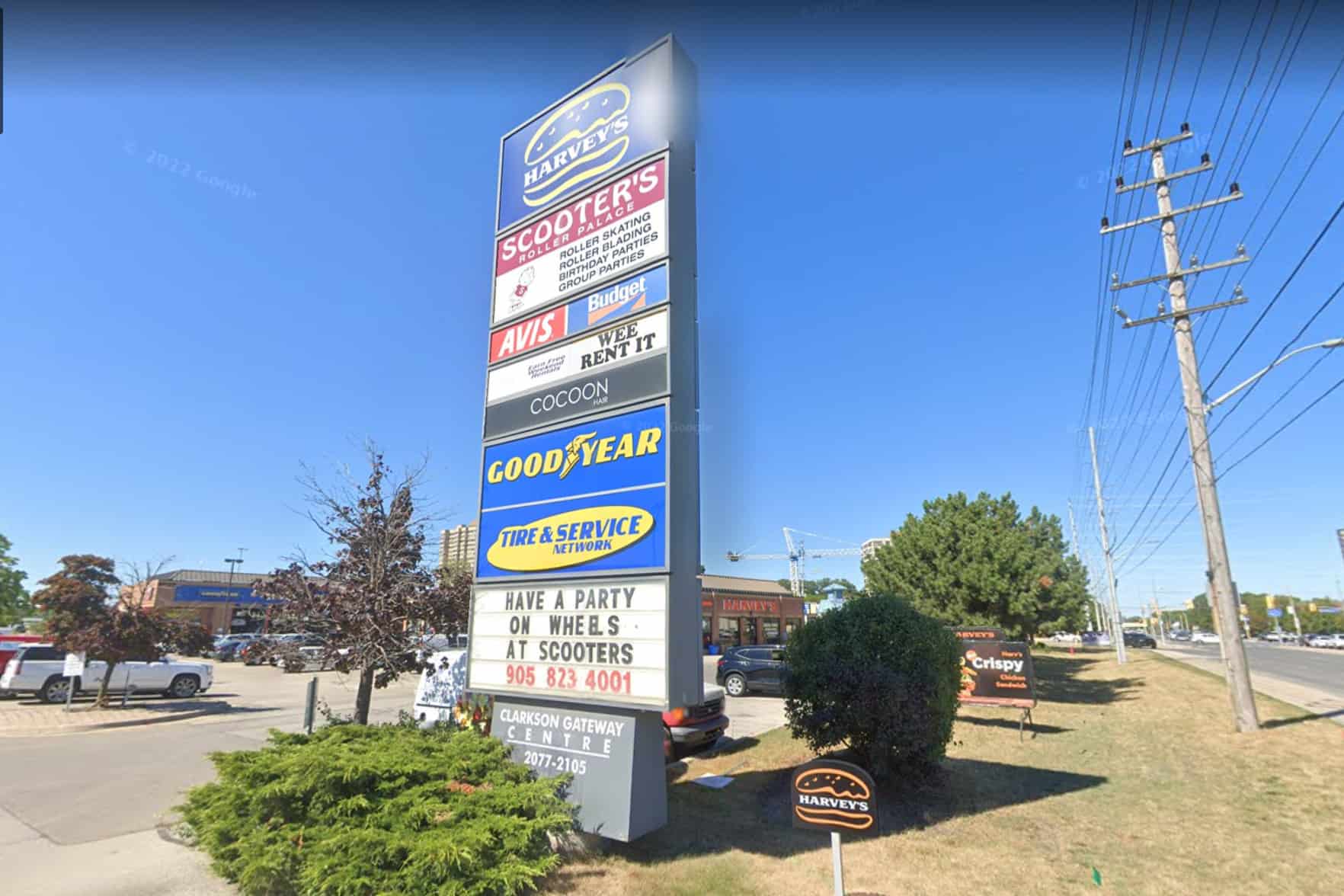 The development is one of two Slate announced today (Jan. 11)  — the other is a plan to develop property at Dixie Outlet Mall. Both plans are for transit-oriented mixed-use communities.

“We identified these sites years ago as high-impact urban infill projects where we could apply our placemaking experience to bring to life more sustainable, people-centered developments,” said Brandon Donnelly, managing director, development at Slate, in a press release.

“Our objective is to unlock the inherent potential of these two sites in a way that will benefit the City and surrounding areas for years to come, adding much-needed homes, exciting retail and commercial uses, enhanced walkability, and new amenities and green spaces throughout.”

The project includes four residential buildings at 29, 27, 25 and 23 storeys high, 1,237 residential units and 2,386 square metres of commercial use, according to rezoning application submitted to the City of Mississauga. 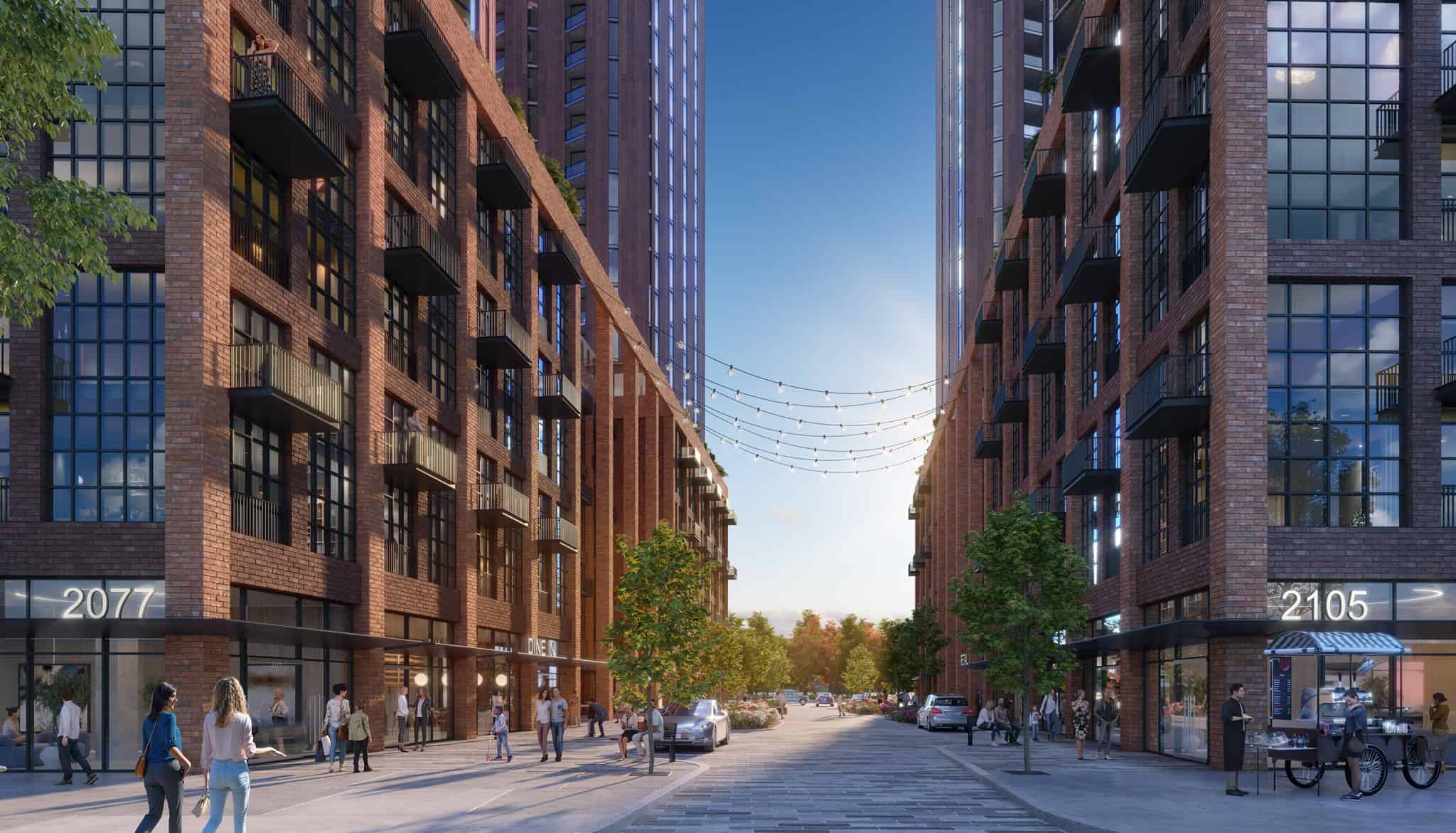 The preliminary development concept proposes the four residential buildings will include the 1,237 residential units along with new retail and live-work uses on the ground level. This could also include patios along a pedestrian-focused central “spine”, Slate says.

The pedestrian spine will improve walkability and enhance safe and continuous access to the adjacent Clarkson GO station to encourage the use of public transit. This connection aims to transform the current transit node into a more sustainable pedestrian urban community.

Slate began working on plans on this property, they call the Clarkson GO Site, in 2016. They have completed various studies and reports on behalf of the city to further the application and Mississauga’s master plan for the area.

Development applications were submitted for this site in December 2022. This project still needs council approval and there is no date yet for when the project would be completed.