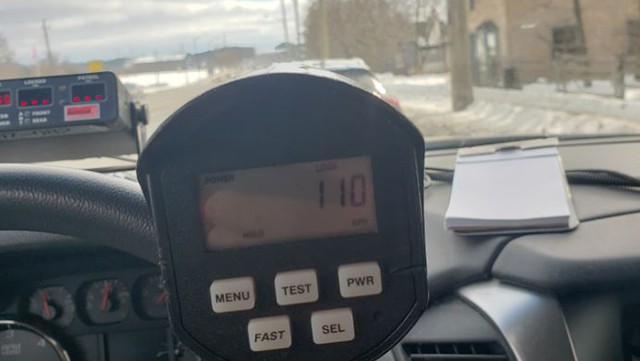 The Caledon Detachment of the Ontario Provincial Police (OPP) alleges that an officer was conducting speed enforcement on Highway 10 on Jan. 10, 2021, when two drivers were clocked speeding excessively in the 50 km/hr community safety zone.

Police say the first driver, a 33-year-old from Oakville, was observed travelling at a speed of 103 km/hr.

A few hours later, the same officer stopped a second vehicle driven by a 29-year-old from Mississauga. Police allege that the vehicle was travelling at 110 km/hr.

Police say both drivers were charged with stunt driving. Their licences were suspended and their vehicles were impounded for seven days.

They are scheduled to appear in court at a future date.