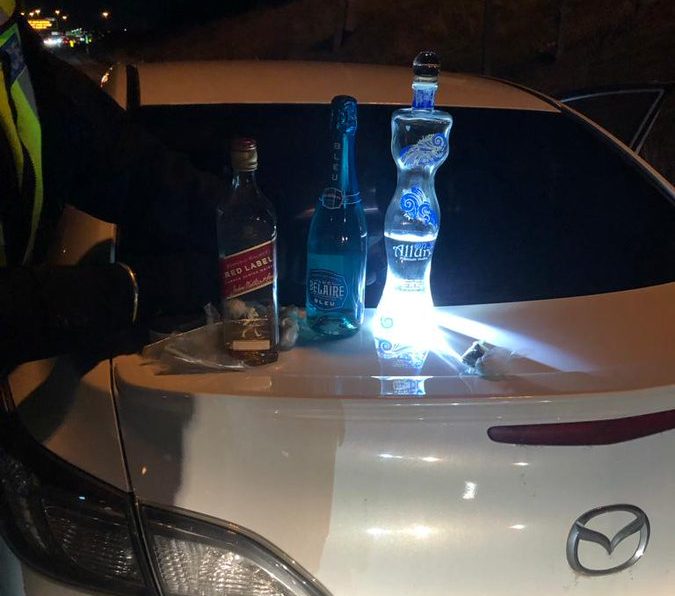 Swapping seats didn’t save an alleged drunk driver from a license suspension during a check stop in Mississauga on Sunday night.

Police say officers witnessed a driver and passenger attempting to switch seats as their vehicle approached a check stop on Hwy 403 at Hurontario St. around 11:30 p.m. on Sunday (Dec. 12).

A photo posted online by the Ontario Provincial Police (OPP) Highway Safety Division showed an open container on the truck of the vehicle.

Another driver was also charged with open liquor and cannabis violations when officers allegedly found open bottles and drugs when they pulled over a white Mazda 3.

The 1st Vehicle stopped at #RIDE on #HWY403 at Hurontario. #MississaugaOPP charged the driver with: open liquor, cannabis violations and his licence was currently under suspension. ^td pic.twitter.com/ViUOvD5Fhz

The checkstop was part of the OPP’s Festive Reduce Impaired Driving Everywhere (RIDE) campaign which runs from Nov. 18, 2021 to Jan. 3, 2022.

Earlier this month, the OPP busted an alleged drunk driver from Brampton with car full of beer cans during a traffic stop in Mississauga.

Peel Regional Police are also stepping up checkstops and cracking down on impaired drivers for their own RIDE blitz during the holiday season.

Police are urging motorists not to get behind the wheel if you’ve been drinking or taking drugs, and to instead call a taxi, rideshare service or designated driver.

An earlier version of this story said the male diver from Brampton recieved a 90 day license suspension.