Police say they caught a drunk driver from Brampton red-handed with a car full of cans after an alleged booze cruise down the 410.

On Wednesday night, officers from the Mississauga Ontario Provincial Police (OPP) say they pulled over a man driving a white Nissan van headed southbound on Hwy 410 headed towards Hwy 401.

A spokesperson for the OPP said the male driver was seen drinking as he passed an officer while the driving down the highway.

When police searched the van, they found several large beer cans inside the vehicle.

Pictures posted on Twitter showed at least seven tall cans lining the van’s windshield, and police say there were even more containers in the car than what is shown in the photos. 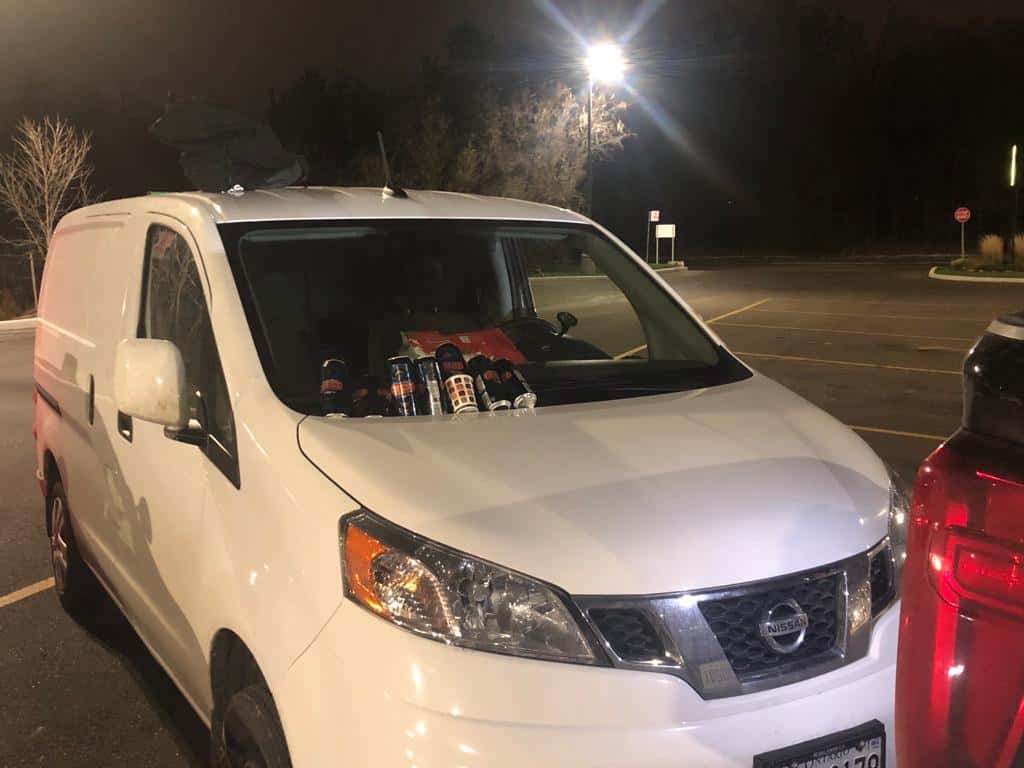 The driver’s apparent beverage of choice was “Crest Super,” and markings on the cans show the drinks each had a 10 per cent alcohol content.

Police say the male driver from Brampton failed a roadside sobriety test and has been charged with impaired driving.

The charge also comes with a 90-day license suspension and a 7-day vehicle impound.

A spokesperson from the OPP Highway Safety Division said officers will provide an update on the driver’s details.

Police services across the region are cracking down on impaired drivers for the holiday season through their Festive RIDE campaigns.

#FestiveRIDE #RIDEChecks happening right now. Thank you for driving sober. If you see someone suspected of #ImpairedDriving, call 911 or *OPP immediately. pic.twitter.com/QIWQ4s7iWd