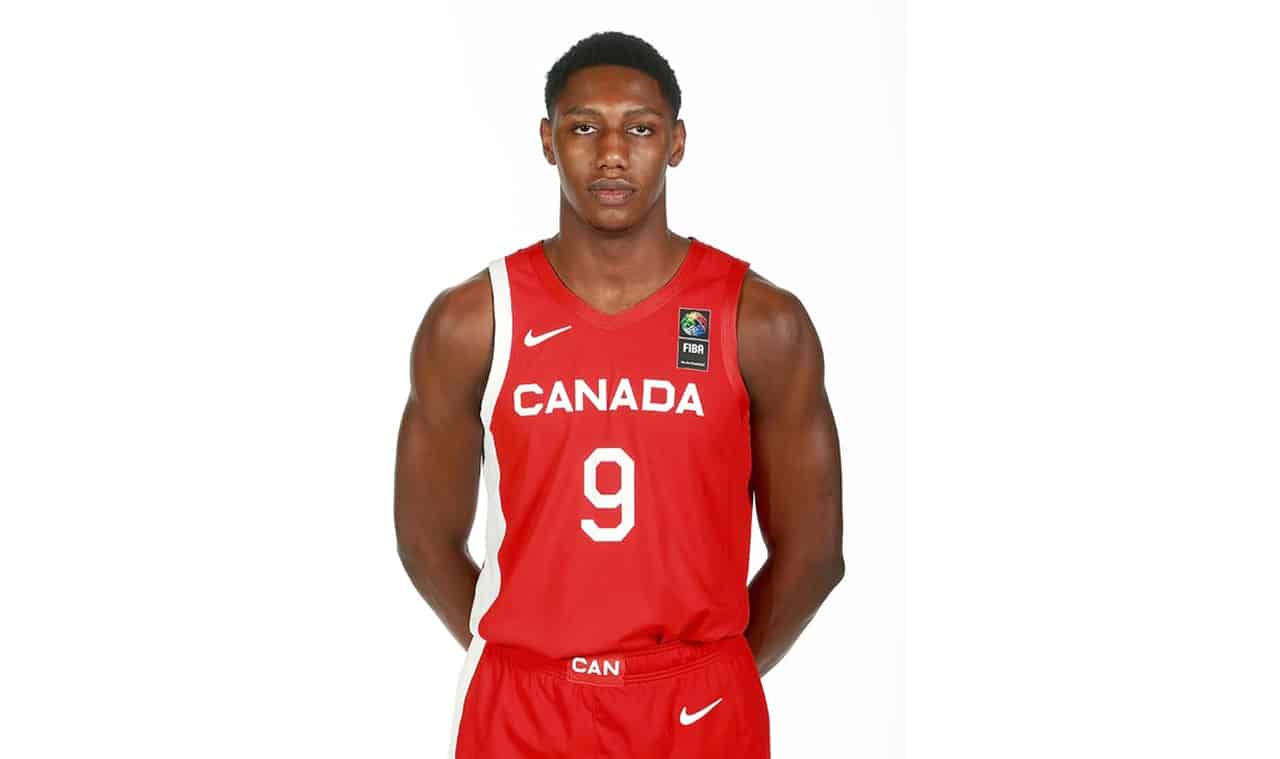 Mississauga's R.J. Barrett says he will play for Canada in the Olympics

Fourteen elite basketball players, including Mississauga’s R.J. Barrett, have committed to representing Canada between now and the Paris 2024 Olympic Games.

Canada Basketball says that continuity will give the men’s program the best chance to qualify for the upcoming World Cup and Olympics.

The 14 to commit include 11 NBAers plus Zach Edey, Melvin Ejim and Kevin Pangos. The players have committed to being in camp, even if they are injured and cannot play. Barrett is a star with the NBA’s New York Knicks. Another Mississauga talent, Dillon Brooks of the Memphis Grizzlies, has also commited to the team.

Wiggins could still make the team but would have to wait for an opening to come up.

The Canadian men missed out on the Tokyo Olympics, losing 103-101 in overtime to the Czech Republic in the semifinals of an Olympic qualifying tournament last July in Victoria. The Czechs went on to win the event and book their ticket to Tokyo.

Nurse says that experience showed the need for continuity in the national team program.

The Canadian men have not made the Olympics since 2000 in Sydney, Australia.

Canada, ranked 18th in the world, is currently bidding to qualify for FIBA Basketball World Cup 2023.

It leads its qualifying group with a 4-0 record through the first two windows of the competition. Canada will host the Dominican Republic on July 1 in Hamilton, marking Canada’s first game on home soil since February 2020 when the FIBA AmeriCup 2022 Qualifiers took place in Oshawa, Ont.

The Canadian men will play at the U.S. Virgin Islands on July 4.

Sixteen nations from the Americas are vying for the continent’s seven spots in the FIBA Basketball World Cup 2023.

Canada Basketball says the list of 14 is “complementary” to the winter core roster players who wore the Maple Leaf in the opening windows of the FIBA World Cup qualifiers in November and February.

Rosters for all upcoming senior men’s FIBA competitions will be made up of core players from both the summer and winter pools.