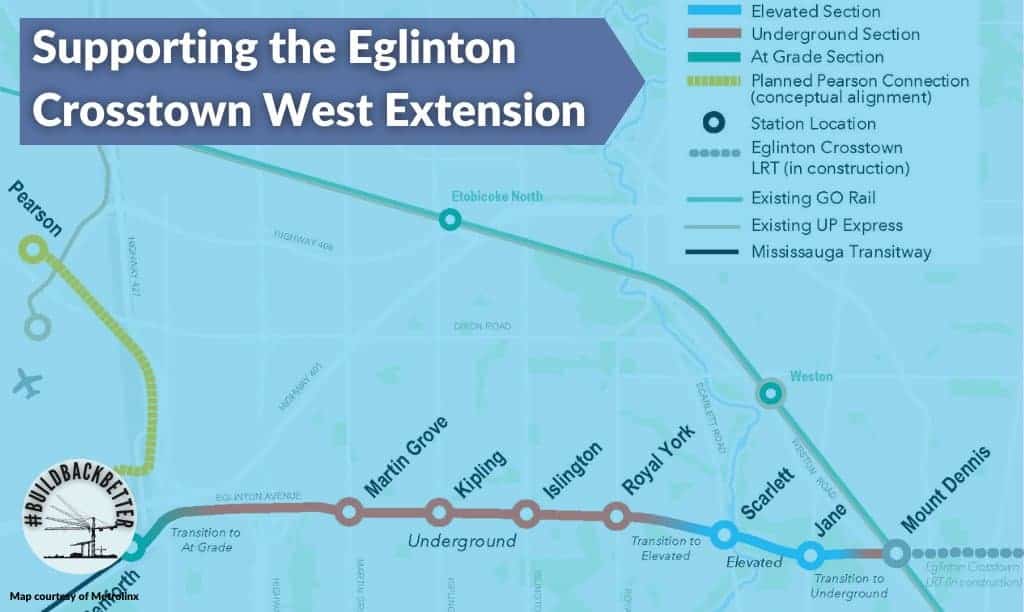 Making what Minister of Infrastructure and Communities Catherine McKenna calls the “the largest investment in public transit in the GTA’s history,” the commitment will see over $10.7 billion in federal funding provided to support the province’s multi-billion plan to build four priority subways.

“Pleased to see federal and provincial governments working together on these important projects,” Crombie said on Twitter about today’s announcement. “Not only will the Eglinton Crosstown connect (with) Mississauga’s BRT, completing an important east-west connection, it will create opportunity to get to Pearson by transit quickly and easily.”

The funding announcement was headlined by McKenna and Caroline Mulroney, Ontario’s Minister of Transportation and included other government officials along with Toronto Mayor John Tory, Markham Mayor Frank Scarpitti and Wayne Emmerson, CEO of the Regional Municipality of York.

The federal funding commitment covers 40 per cent of the capital costs for the four subway projects.

“Our government has never wavered from its election promise to deliver these four priority subway projects for the families and businesses of the Greater Toronto Area,” said Kinga Surma, Ontario’s Associate Minister of Transportation.

“This federal investment marks our united front to build a truly connected transit system that will generate significant benefits to the local, regional and national economy over the decades to come.”

The four subject projects will create over 16,000 jobs during construction and by its projected completion in 2041 will have a total daily ridership of over 620,000 with nearly 400,000 people within walking distance of a new transit station.

“Over $10 billion in federal funding to help kickstart the economy, create tens of thousands of jobs, get cars off the road and help residents get around faster, cleaner, cheaper ways,” McKenna said in a tweet.