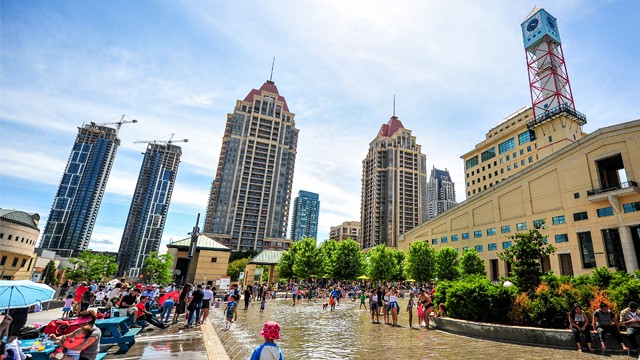 Last summer, we learned that Toronto had a banner year when it came to tourism, topping its previous record of 14 million overnight visitors.

While that news was certainly good for our eastern neighbour, you might be wondering what it meant for us.

Well, it appears our proximity to Canada’s most famous city is starting to work in our favour–especially in light of the fact that popular vacation booking site Trivago named Mississauga one of Canada’s Best Value Destinations of 2017.

Trivago rightly pointed out that Canada offers a ton of unique vacation spots that are both close and affordable–and particularly worth visiting this year to properly celebrate the country’s 150th birthday.

“That’s why trivago.ca is proud to announce the Best Value Destinations of 2017 — a little birthday present to budget-friendly Canadians both near and far,” the release reads. “Determined by an exclusive algorithm that considers both hotel prices and overall ratings, the destinations that top the list are not only easy on the wallet, but also show off the incredible diversity of options and experiences Canada-wide.”

The best value cities include a few expected gems (such as Niagara-on-the-Lake and Mont-Tremblant) and a few off-the-beaten path ones (Kamloops). What’s most interesting about the list (which you can see below) is the prestigious company Mississauga is keeping.

The city comes in eighth on a list that features Quebec City, Kelowna, Victoria and Calgary. 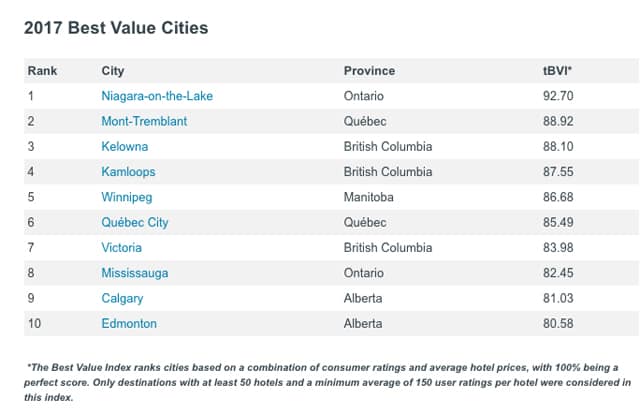 Trivago also recommended a few rural towns, offering travelers the opportunity to explore even smaller, quainter destinations. Some of the towns that ended up on that list include Whitecourt, Alberta, Hope, B.C., Summerside, P.E.I. and Magog, Quebec. 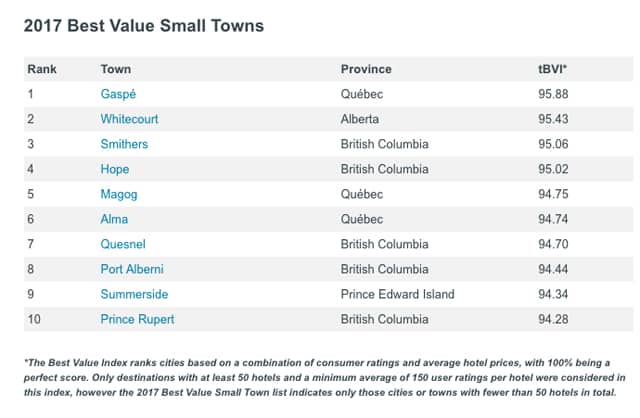 While Mississauga’s inclusion on the list might come as a surprise to some, it’s definitely true that the city offers a lot in terms of sites and activities. While tourists can certainly save by choosing a Mississauga hotel (or perhaps even Airbnb establishment) over a Toronto one (for the most part, at least), they can also enjoy festivals (we’re getting a Mac ‘n Cheese Festival this year, after all), Celebration Square events, parks and trails, fantastic restaurants and a vibrant (and growing) arts and culture scene.

It’ll be interesting to see if this list brings more visitors to the city.

To get a better idea of some of the city’s best tourist activities, click here.