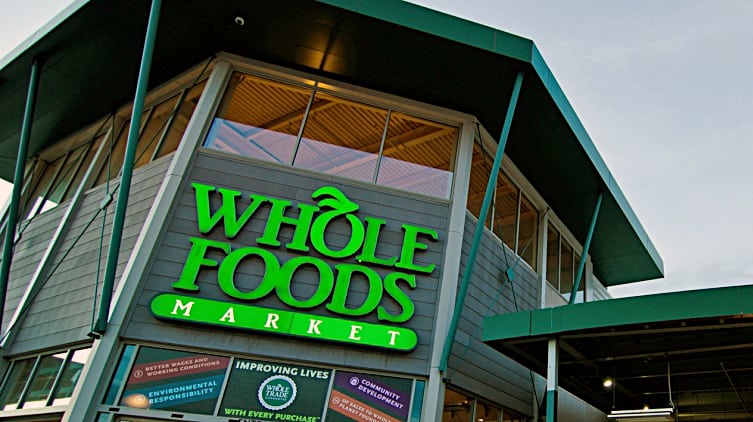 Workers at Whole Foods in Mississauga and Oakville have been told not to wear poppies while on the job as part of a Canada-wide dress code policy.

A statement by the US-based grocery chain that is owned by Amazon, suggests the poppy and the pin that attaches to clothing could be a safety hazard because it could fall into the food. The pin is notoriously loose and often falls off. The poppy campaign is conducted each year by the Royal Canadian Legion to commemorate Remembrance Day.

“The updated company dress code provides our Team Members with one simplified and unified policy to follow when working in our stores,” the statement reads. “Like many of our policies, our dress code is in place to ensure that we are prioritizing operational safety and serving our customers by keeping the focus in our stores on selling the highest quality food and fulfilling Whole Foods Market’s purpose of Nourishing People and the Planet.”

The policy has met with a swift and negative response across the country.

“It’s disgusting and disgraceful that that Whole Foods has banned poppies for their employees,” Premier Doug Ford tweeted this morning.  “We will always stand with our veterans. Whole Foods should apologize and immediately reverse this decision. Everyone should wear a poppy.”

The story began to surface last night as employees from the 14 locations across Canada began to speak out against the ban.

A further statement from the company says it honours Remembrance Day in other ways.

“All Whole Foods Market stores in Canada are proud to be donating to the Legion’s Poppy Campaign this year in honour of Remembrance Day. In total, we are donating more than $8,000 across our stores,” the statement reads. “Team Members will also have the opportunity to select the Legion to receive additional funds from their store location as part of our community giving program. As in previous years, we invite those in our stores to join us in observing a moment of silence on November 11, at 11 a.m.”

Whole Foods is located at Square One in Mississauga and in Olde Oakville Market Place on Cornwall Rd.