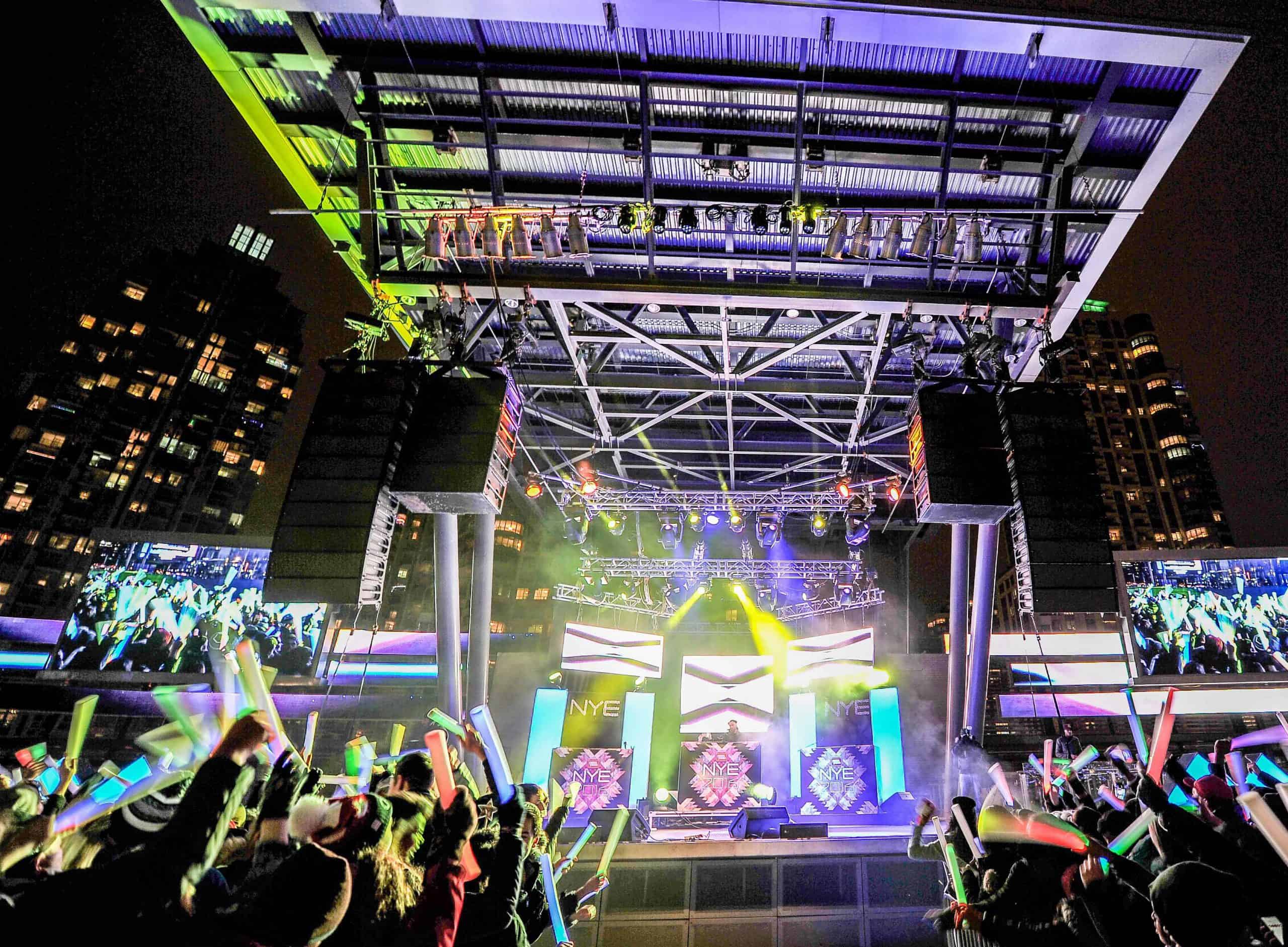 Celebration Square in Mississauga’s downtown core is set to once again host a huge and complete New Year’s Eve party, and the headline act is in place.

Banx & Ranx, a music duo from Montreal specializing in electronic dance, dancehall and pop genres, will take to the stage Dec. 31 at 11 p.m. as Mississauga hosts its most complete New Year’s Eve bash since before the COVID-19 pandemic.

The headline musical performance will lead straight into the much-anticipated return of the spectacular midnight fireworks display, City of Mississauga officials say.

The huge party to ring in 2023 will mark the first time since Dec. 31, 2019 that the popular outdoor Mississauga venue has hosted a complete New Year’s Eve celebration with all the expected events and attractions.

The pandemic forced the cancellation of the annual Celebration Square bash in 2020 and last year’s party, which was scheduled to include fireworks and everything else except for live music performances, was dramatically altered at the last minute.

In the days leading up to Dec. 31, 2021, City of Mississauga officials cancelled the fireworks and other organized events that were to be part of the New Year’s Eve celebrations amid new COVID-19 concerns related to the Omicron variant.

City officials said at the time that they made the decision in response to a surge in COVID-19 cases and the more transmissible Omicron version.

“The square becomes your dance floor with a lineup of the year’s biggest artists,” event organizers say on the City’s website. “Banx & Ranx headline the night with their catchy pop hooks, trap rhythms and Caribbean influences. The duo is joined by two icons of pop and longtime collaborators that will keep you moving all night long. Rêve hits the stage with her dance-pop bangers and Preston Pablo sets the mood with the R&B vibes behind his hit track Flowers Need Rain.”

Food trucks, a face glitter bar, ice skating (until 11 p.m.) and more are also on the agenda for the night, organizers say.

The party starts at 8 p.m. with an hour of family friendly fun, organizers say, and concludes with the much-anticipated fireworks at midnight.

It’s open to all ages and admission is free.