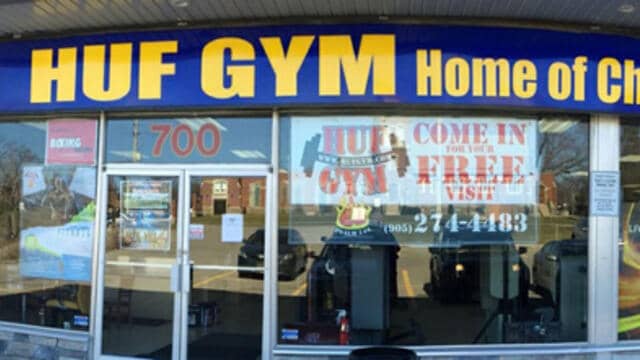 The owners of a Mississauga gym that have reopened their establishment despite the ongoing stay-at-home order and ban on indoor fitness facilities are facing millions in fines and possible prison terms, according to a city enforcement official.

At an April 21 press conference, Sam Rogers, the city’s director of enforcement, said that municipal enforcement officers are in the process of laying charges against the operators of Huf Boxing Gym for obstruction, operating a non-essential business, hosting indoor gatherings and violating a temporary order to close.

The gym reopened earlier this month, openly defying public health orders that have mandated the closure of a number of indoor establishments.

The owners of the Dundas St. E. boxing club believe they are within their legal rights to keep the place operating despite a province-wide shutdown imposed on gyms and other businesses.

So far, the city has not been able to physically close the gym.

Indoor fitness facilities in Mississauga have been prohibited from operating since October 2020.

At the press conference, Rogers told reporters that each of the aforementioned charges may result in a fine of up to $500,000 and a term of imprisonment of not more than one year. Rogers also said that tickets were issued to patrons on April 15.

“These are the most significant charges that have been laid against any single individual or business in this city since the beginning of the pandemic. This is also the most egregious act of public defiance that we’ve experienced in the city and we are extremely concerned,” Rogers said.

Rogers said that on April 15, the situation at Huf escalated from a COVID-19-related violation to a protest of over 50 people that Peel Regional Police were called to attend.

On April 17, a Peel police officer was suspended for not wearing personal protective equipment while monitoring the situation at the gym.

Rogers said the city is now in a “standoff” situation with the business and said that as of April 21, the gym still appeared to be operating and was not allowing enforcement officers to enter the premises.

On April 14, Huf Boxing Gym co-owner Teresa Heron told insauga.com that she was getting a lot of support for her decision to open the facility.

“We’ve received a lot of phone calls today and a lot of people are grateful that we are open, and they will be coming in,” Heron said in a phone interview.

Heron said she believes her business is “100 per cent” an essential service and that she’s “absolutely” willing to work with the city, province and all officials to get all businesses opened safely.

“My objective is not to cause chaos or make a spectacle,” she said. “I know some people are going to take this positively or negatively, the point is let’s work together as a community. Let’s work together to help places get reopened safely.

Last week, Mississauga Mayor Bonnie Crombie spoke out against the owners’ decision to reopen their facility.

“I don’t have a lot of tolerance for this,” she said at an April 14 press conference.

“They know the rules, everybody knows the rules. This is the most menacing of the three waves in this pandemic and this is serious now. We’ve closed our schools, we’ve asked our retailers to close. We have not opened restaurants, personal care providers have not opened and gyms cannot be open.”

Earlier this week, Crombie said the city has no ability to chain or bolt Huf Gym’s door.

Although both local and provincial guidelines are in place that could affect the opening of businesses during the pandemic, the degree to which municipalities are allowed to enforce are vague and have yet to be tested in court.

That said, the uncertainty didn’t prevent the City of Toronto from going in and closing down an Etobicoke restaurant that remained open after repeated warnings. In November, the owner of Adamson Barbecue was arrested and his building seized for defying the COVID lockdown rules.

At the April 21 press conference, Rogers said that further legal action is being pursued by the city.

“This will take time to work through as it is a serious step and due process must occur. In other words at this point, there is no quick and easy path to shutting down the establishment without jeopardizing public safety.”

Rogers said the owners of the gym are now facing millions of dollars in potential fines as well as imprisonment.

“They have put themselves and others at risk, including our frontline officers. However, I am pleased to advise that other gyms and businesses have chosen to act responsibly and comply with the regulations. In fact, other establishments have contacted us this past week to ensure that they understand the rules to avoid any unintentional violations.”