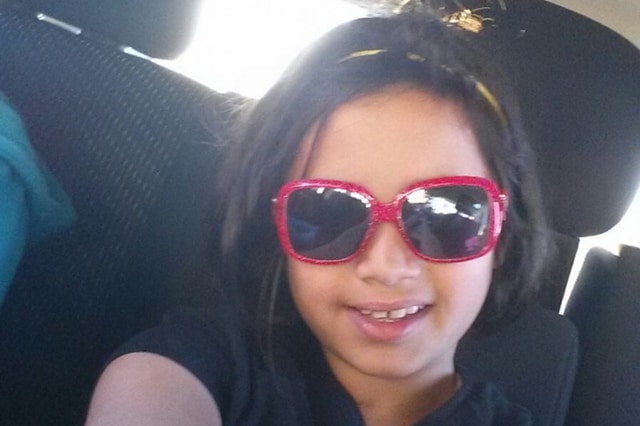 An 11-year-old Mississauga girl whose family and doctors thought she had the flu ended up fighting for her life–and losing two limbs–in Sick Kids Hospital.

According to a Go Fund Me page set up for Nupur Mate, Mate’s illness began about three weeks ago with relatively unremarkable symptoms–a cough, sore throat and fever. While colds and flus are common this time of year, Mate’s symptoms were serious enough to prompt her family to take her to the hospital.

Mate was sent home after being diagnosed with the flu, but rushed back after losing feeling in her arms and legs. When she returned to the hospital, her heart stopped beating. Doctors and nurses were able to revive her and she was immediately transferred to Sick Kids in Toronto.

At Sick Kids, doctors diagnosed Mate with a mutated form of Strep A bacteria. The bacteria had been attacking her body and prompted kidney failure (which now requires regular dialysis). At the time, the prognosis wasn’t favourable and doctors warned Mate’s parents that she may not live through the night.

Mate remained on life support for eight days after being admitted to hospital.

Because Mate’s blood pressure was dangerously low and the bacteria was attacking her limbs, doctors told her family that they would have to amputate portions of her limbs to stop the spread.

On Friday, March 10, parts of Mate’s left arm and right leg had to be amputated.

Mate’s mother, Sunita, told The CBC that the initial flu diagnoses seemed wrong to her because her daughter was complaining about pain in specific body parts–not all-over body aches commonly associated with the flu.

While Mate’s family is wondering why the doctors who initially saw her at Trillum sent her home with a flu diagnoses, doctors told the CBC that it’s incredibly difficult to predict if a condition will progress the way Mate’s did.

And although Mate’s situation is horrifying, it is rare.

Dr. Alison McGeer, an infectious disease consultant at Mount Sinai Hospital, told the news outlet that Mate’s infection is rare and that her case is an anomaly. According to McGeer, Strep A typically lives in the nose and throat and rarely leads to serious illness. She told the CBC that there’s a “one in a million” chance of the bacteria causing toxic shock.

While Mate is now in stable condition, she will be at Sick Kids for up to six more months and will require prosthetics and extensive rehabilitation.

“Currently, the only family Nupur and her parents have in Canada are the instructors and students of ACMA. ACMA has raised some funds in order for Nupur’s mother to leave her place of work so that she can be with her only child,” the Go Fund Me page reads. “However, the funds raised are not sufficient to provide for the extensive care related expenses the family will incur.  The coverage by the province is limited for prosthetics, and their home will need renovations (bathroom modifications, and railing installations) to accommodate a child with new prosthetics.”

While Mate has a long recovery ahead of her, sources say she’s in good spirits and is happy to be alive and is determined to return to karate, swimming and school.