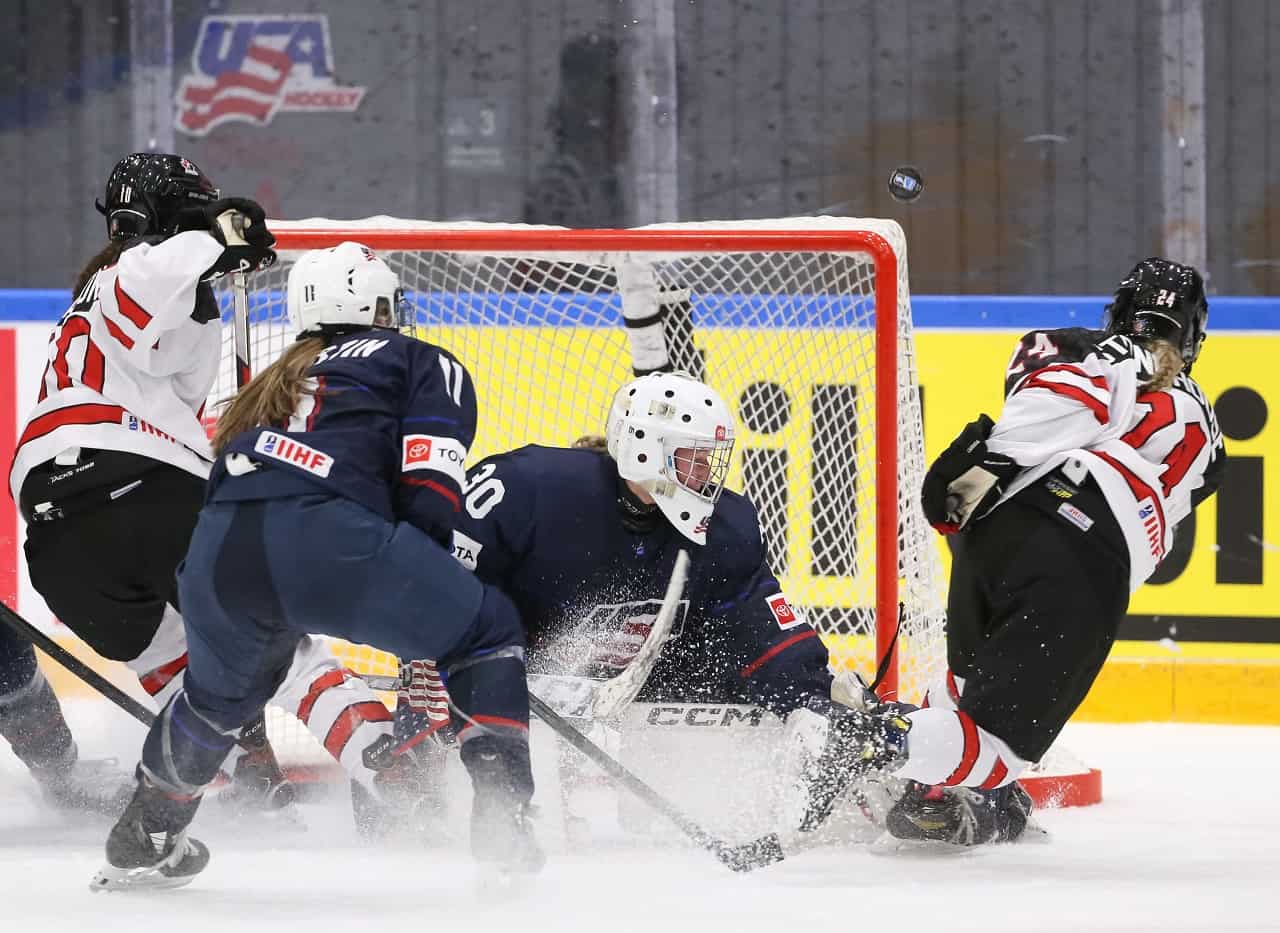 Mississauga’s Charlotte Pieckenhagen set up two goals in just over four minutes during the second period this afternoon (Jan. 11) in Sweden to help Canada erase a 1-0 deficit and topple arch-rival United States 3-1 at the 2023 International Ice Hockey Federation’s (IIHF) Women’s U18 championship.

Pieckenhagen, 16, drew the first assist on both markers–the tying goal from Caitlin Kraemer and eventual winning goal off the stick of Emmalee Pais. Both goals came in the latter stages of the second frame.

The two assists were the first points of the tournament for the Mississauga forward, who’ll turn 17 next Wednesday (Jan. 18).

Kraemer scored her second goal of the contest early in the third period as Canada, which outshot the Americans decisively 38-12, finished the round-robin portion of the tourney with a perfect 3-0 record.

The Canadians now advance to the playoff round of the eight-team tournament, as does the U.S. with its 2-1 round-robin record.

Pieckenhagen, the lone Mississauga skater on the Canadian squad competing this week in Ostersund, Sweden, plays for the Mississauga Hurricanes in the Ontario Women’s Hockey Association’s (OWHA) Under-22 Elite loop.

The tournament concludes with the gold medal game this Sunday (Jan. 15), a contest that could very well feature a rematch of the two North American rivals.

In earlier round-robin play, Canada picked up wins over Finland (8-0 on Sunday) and Sweden (4-2 on Monday). Finland and Sweden have also moved on to the playoff round.

Czechia, Slovakia, Switzerland and Japan are also competing at the tournament.

GAME OVER! Perfect in prelims!