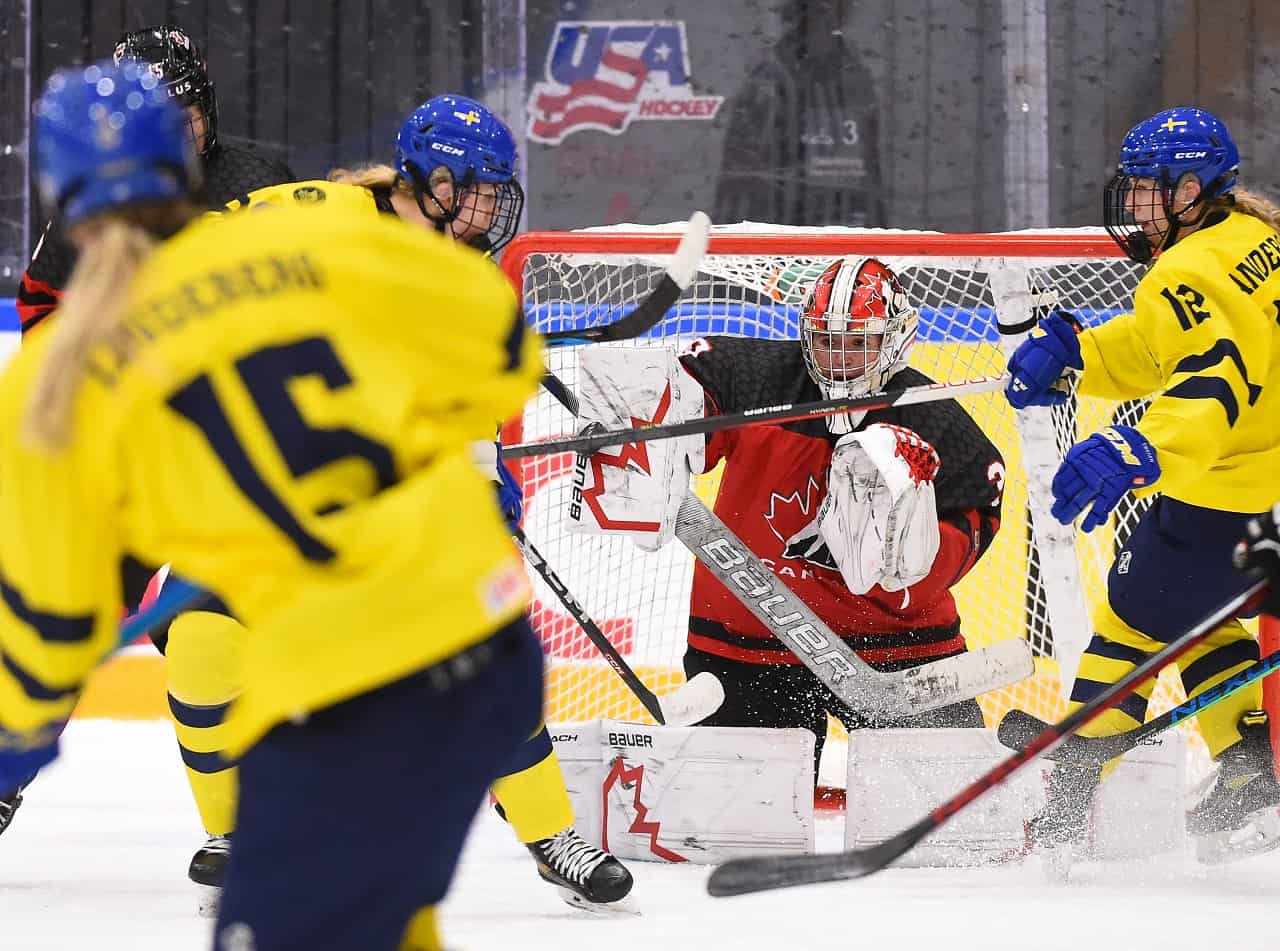 Mississauga’s Charlotte Pieckenhagen is hoping for an early birthday gift–a shiny gold medal that hangs nicely around the neck.

Pieckenhagen, 16, a forward and the lone Mississauga skater on the Canadian Under-18 women’s hockey team competing this week in Sweden at the world championship tournament, turns 17 on Jan. 18.

The gold medal game will take place three days earlier, this coming Sunday, and the Canadians stand a good chance of getting there, having already chalked up early-round wins over Finland (8-0 on Sunday) and Sweden (4-2 on Monday).

Canada, led by Mississauga’s Courtney Birchard-Kessel as head coach, will battle the rival U.S. squad tomorrow (Jan. 11) starting at 2 p.m. (EST) as the first round wraps up. 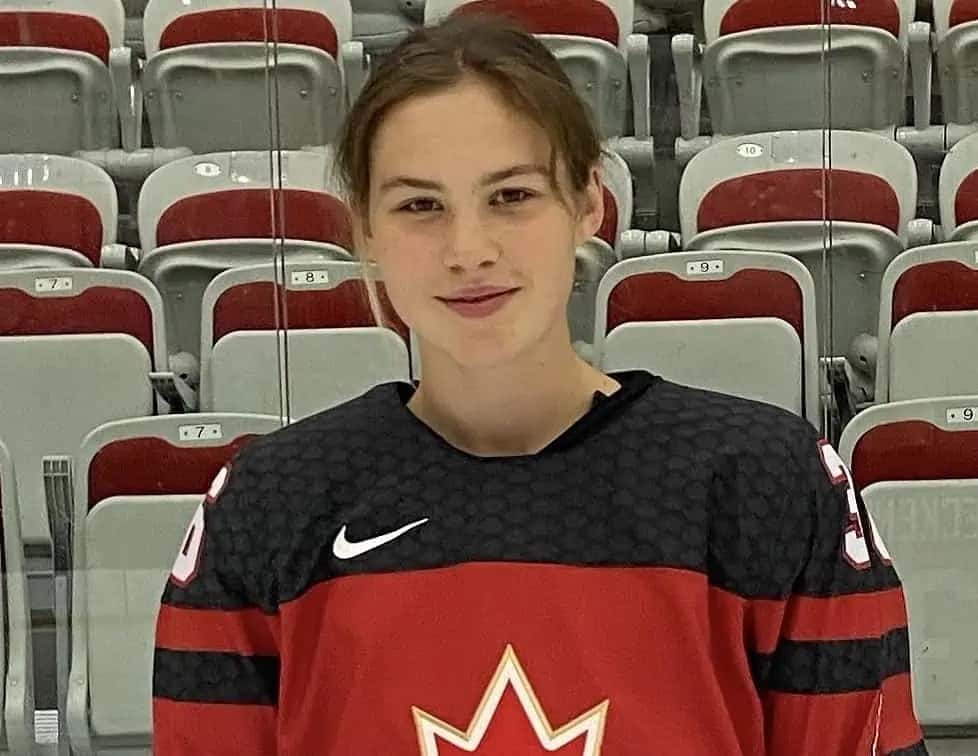 Charlotte Pieckenhagen is hoping for an early birthday gift.

The Americans are also 2-0 so far at the tournament, having picked up victories over Finland (8-1) and Sweden (6-3).

Pieckenhagen, who plays for the Mississauga Hurricanes in the Ontario Women’s Hockey Association’s (OWHA) Under-22 Elite loop, has yet to record a point in her team’s two games to date in Sweden.

FINAL | Caitlin Kraemer scored twice in the third period and Hannah Clark made 43 saves to lead 🇨🇦 to a 4-2 win over 🇸🇪 on Monday.

She’s one of 13 forwards suiting up for the Canadian team participating in the 2023 International Ice Hockey Federation’s (IIHF) Women’s U18 championship.

The Mississaugan has nine goals and 12 assists in 16 OWHA games so far this season. Last season for Ridley College (St. Catharines), the 5-foot-10 Pieckenhagen collected seven goals and seven assists in 11 games.

The eight-team world championship tournament runs Jan. 8-15 in Ostersund, Sweden and clubs are competing in the early going in two four-team groups.

Pieckenhagen and her teammates are competing in Group A along with arch-rivals the United States in addition to Finland and host Sweden. Those clubs represent the top four seeds.

Czechia, Slovakia, Switzerland and Japan are competing in Group B as the lesser seeds in the tournament.

After an initial round-robin, all four Group A teams and the top two from Group B will advance to the playoff round.