Mississauga families can now audition for a popular game show 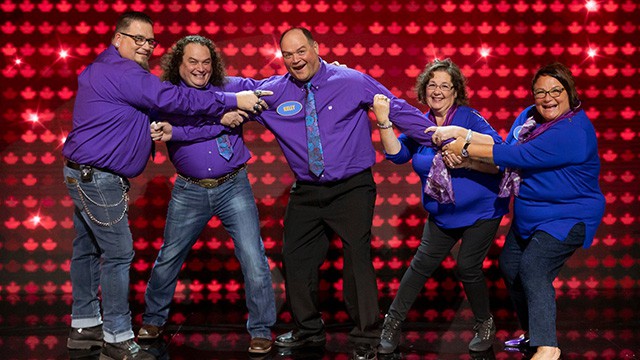 COVID-19 might be making you gloomy, but you can lift your spirits by auditioning–virtually, of course–to be on a popular game show with your family.

Family Feud Canada recently announced it’s back on a Canada-wide hunt for “fun, dynamic families” to compete on Season 3 of the CBC game show. Hosted by comedian and actor Gerry Dee, Family Feud Canada typically features families from across Canada. The families are selected from thousands of applications and hundreds of auditions across the country.

Families across the country are free to audition (although some caveats apply) and last year, two Mississauga families appeared on the show.

Canute Gomes, an associate producer at Family Feud Canada, told insauga.com that the production is currently in the process of hosting virtual auditions.

“The virtual auditions are already underway, we will continue to audition families until the end of August (August 31),” Gomes said in an email.

“We encourage potential applicants to apply sooner rather than later.”

In order to be eligible to be featured on the CBC game show, you must be a family of five who all reside permanently in Canada. The person submitting the application must be 18 years of age or older.

Because of the COVID-19 pandemic, no in-person auditions are happening until further notice.

CBC says prospective contestants cannot apply if they are running for political office or have been on more than two game shows in the last year.

To learn more (or apply to be on the show), click here.