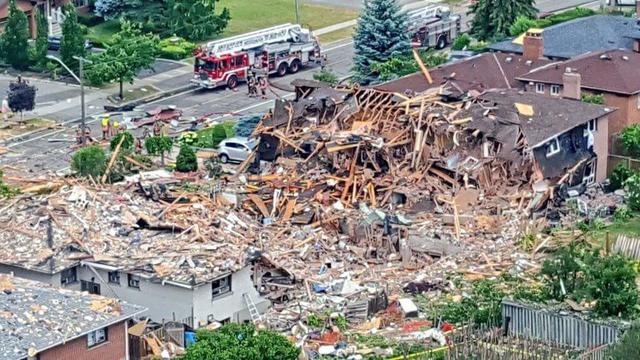 As of 4 p.m., 23 addresses have been released to residents to re-enter their homes. The perimeter has been further reduced to the investigation zone, which includes 46 addresses.

Before returning to their homes, residents must contact (905) 453-3311, ext.,1241 to determine if their home is among those that have been released.

Residents will need photo ID and a release form to gain access to their homes. Forms can be obtained through Mississauga Fire and Emergency Services at (905) 615-3200 ext., 3009.

Within the restricted site, the investigation will continue throughout the weekend led by the Office of the Fire Marshal and Emergency Management in conjunction with Peel Regional Police (PRP).

An information centre for residents is located at the Burnhamthorpe Community Centre at 1500 Gulleden Dr. and will be open Friday to Sunday between 9 a.m. and 4 p.m.

Services onsite will include:

Displaced residents need to call Peel Regional Police at 905-453-3311 ext. 1241 to determine if they are free to return to their homes. Residents that are allowed back to the area will be able to access their property either on foot or in their vehicle.

Emergency accommodation is available for anyone impacted by the June 28 home explosion in Mississauga. Anyone in need is asked to call the Region of Peel at 905-791-7800.