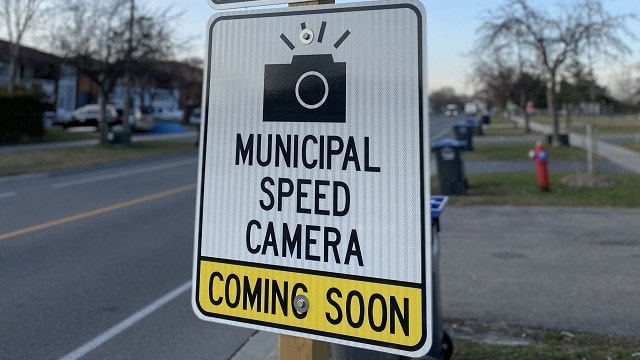 The city is continuing to crack down on speeding on Mississauga streets, and that could mean a fairly big increase in automated speed cameras this year.

In city council’s meeting on Wednesday, May 19, council will consider a motion to expand Mississauga’s automated speed cameras from two to 22 by the end of 2021.

The city council report also mentions a budget increase of $467,000 to go towards the 22 automated speed cameras.

The city recently began implementing automated speed cameras in Mississauga, with the first two being located at Morning Star Drive (between Lancaster Avenue and Netherwood Road) and Sawmill Valley Drive (between Folkway Drive and Grosvenor Place).

The city says the cameras will rotate to new locations on a monthly basis, with the next four locations being:

The cameras work by automatically capturing an image whenever a vehicle is detected to have exceeded the posted speed limit.

A provincial offences officer then reviews the image and issues a ticket. The ticket and a digital copy of the image are mailed to the registered plate holder within 30 days.

The city says the locations for each camera are prioritized using a “data-driven approach that considers the severity of speeding in the area and other factors such as traffic and pedestrian volumes, collision history and site suitability.”