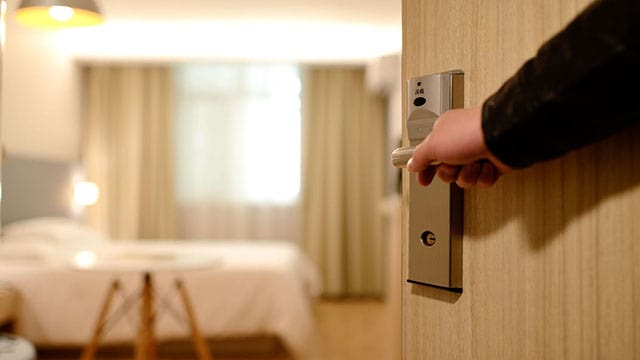 With expenses rising (the city is, after all, tackling a slew of new infrastructure projects over the coming years), the City of Mississauga is considering implementing a new tax on hotels.

While that might seem like an unusual proposal in a city not quite known for tourism (although a number of hotels do operate in Mississauga, with many clustered around Pearson Airport), the plan could generate significant revenue.

According to this document, there are approximately 10,000 hotel rooms in Mississauga. At the provincial occupancy rate of 64 per cent and average daily rate of $140, a three per cent hotel tax would generate approximately $9.8 million annually.

A bigger five per cent tax would generate approximately $16 million annually, which is fair of chunk of change (although the city acknowledges that the estimate is very rough).

Should the tax go forward, the revenue would be shared with Tourism Toronto in an amount that matches the total revenue generated by the existing Destination Market Fee (DMF) program (more on that later).

This move isn’t exactly unprecedented, as the Ontario government recently gave cities the go-ahead to explore such revenue options. This year, the province granted single and lower-tier municipalities the the power to impose a Transient Accommodations Tax (Hotel Tax). As of now, in Mississauga and Toronto, a voluntary three per cent DMF exists which is collected by hotels and amounts to approximately $20-30 million annually.

The city says the revenue is used by Tourism Toronto to fund its global sales force (the force that works to bring conferences and events to the city). Interestingly enough, Mississauga destinations are included as part of the sales and marketing of Toronto as a destination, and some promoted hotspots include Square One, the Waterfront Trail, Port Credit and the Hershey Centre.

For that reason, the city believes a hotel tax would create a ‘level playing field’ and provide a dedicated stream of revenue to “support culture and tourism and provide funding for the delivery of City services.”

Since the plan is very much in its infancy, there’s much to be decided.

“There are many considerations and decisions to be made in order to implement this tax, including tax rate to be imposed, administration process, how sharing and funding will work given our connection to Tourism Toronto, identification of hotels, process with Airbnb, resourcing requirements to administer the program and alignment with Toronto’s program and
processes given our proximity to Toronto and its hotels,” the report reads. “More work is required in order to create a comprehensive program and implementation plan. It is expected that implementation would take nine to 12 months once all information is provided by the province.”