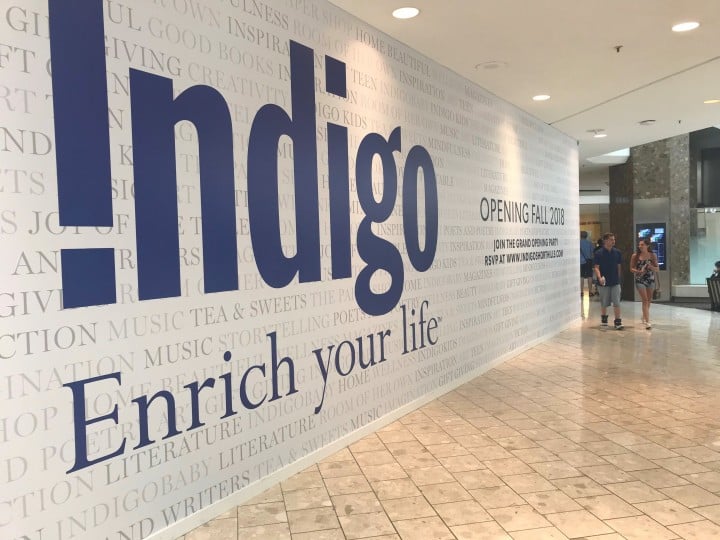 TORONTO — Workers at an Indigo Books and Music Inc. location in Mississauga, Ont., have voted in favour of unionization.

Employees at the company’s Square One Shopping Centre store backed a unionization drive through an online vote earlier this week, said the United Food and Commercial Workers Canada Local 1006A, one of Ontario’s largest private sector local unions, in a press release.

Indigo did not immediately respond to a request for comment from The Canadian Press, but the union said it can now start to negotiate a contract with the Toronto-based retailer.

It hopes that contract will address the concerns of the location’s roughly 40 workers at the bookstore, including wages, job security and sick leave.

“The unity and determination of the Indigo workers inspired many Canadians,” said union president Wayne Hanley in a statement.

“We are so proud and excited to welcome our new members from Indigo and look forward to working with them on this next chapter with 1006A.”

The unionization drive comes as Indigo has been severely impacted by the COVID-19 pandemic, which caused the retailer to temporarily shutter stores in some markets and experience financial strains just as its busy March Break season began.

Indigo’s same-store sales for online and retail stores, a key metric in the retail sector, fell 7.9 per cent in the quarter.

Indigo attributed the higher loss to impairment and deferred tax charges and the decision to pay staff wages through the end of March even though stores were closed because of the COVID-19 pandemic.

“Fiscal 2020 has been a critical year of restructuring, including repatriating our entire design studio from New York, and other efforts designed to lower our overall cost structure,” Indigo chief executive Heather Reisman warned investors and analysts at the time.

With massive numbers of Canadians reducing their discretionary spending and avoiding leisurely shopping trips, the company acknowledged e-commerce, curbside offerings and restructuring will be important in the coming months.

“This activity will continue and gain further traction right through fiscal 2021,” Reisman said.