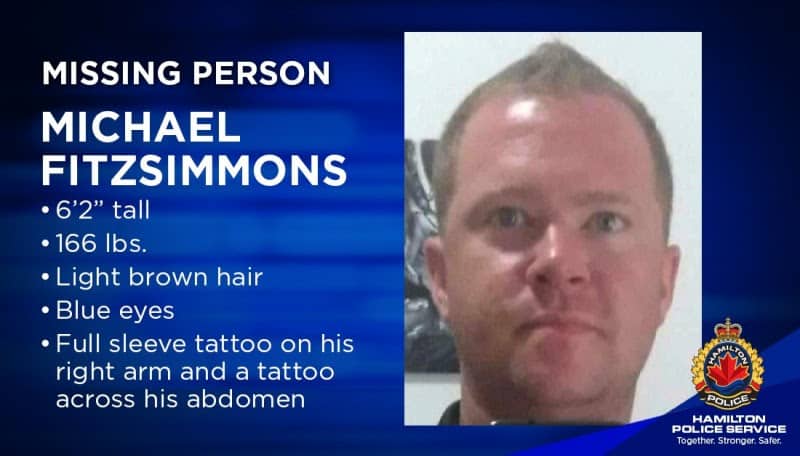 The police in Hamilton are requesting assistance from the public as they continue to search for Michael Fitzsimmons, a missing man from the city.

The family of the 37-year-old Fitzsimmons and the Hamilton Police (HPS) are concerned for Michael’s well-being and are asking anyone with information to contact investigators. Fitzsimmmons is known to the Hamilton area however also has associations in Brantford and Woodstock.

Michael Fitzsimmons, a white man, is described as six-foot-two and 160 to 170 pounds. He has blue eyes and light brown hair. He has a full-sleeve tattoo on his right arm, and also had a tattoo across his abdomen.

Police say that the most recent known whereabouts of Fitzsimmons was in east-end Hamilton.

“Information is that he was staying in the area of Barton Street East and Gage Avenue in Hamilton,” HPS stated on Friday morning (Dec. 30).

Anyone who locates Michael Fitzsimmons or has information on where he can be located should contact HPS Division 2 (905-546-2963) or 9-1-1 in an emergency.