Missing Hamilton man, 47, believed to be in city 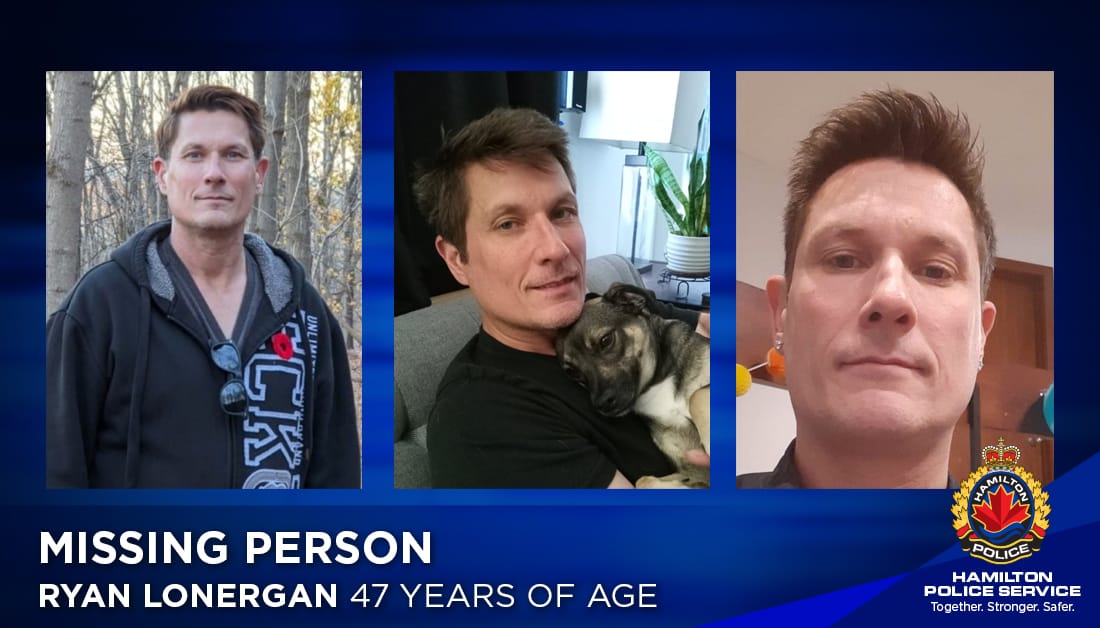 The family of Ryan Vincent Lonergan and the Hamilton Police are concerned for the well-being of the missing 47-year-old man.

The police are requesting the assistance of the public in locating Lonergan, and are asking anyone with information to contact investigators. Lonergan spends much time in the downtown core, specifically Jackson Square Mall and the north end of of Hamilton.

“Ryan is known to the Hamilton area and at this time investigators have no information that he has left the city,” Hamilton Police stated on Wednesday afternoon (Dec. 28).

Anyone who locates Ryan Vincent Lonergan or has information on where he can be located should contact the office of the Division 1 staff sergeant (905-546-4725) or 9-1-1 if it is an emergency.

Information may be provided anonymously via Crime Stoppers (1-800-222-8477; online at crimestoppershamilton.com).