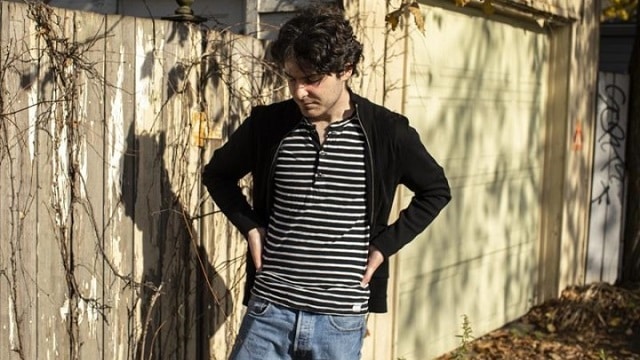 Evan Mead still wracks his mind trying to understand what his former classmate was thinking when he drove a van down a Toronto sidewalk mowing down pedestrians.

Mead, 28, spent three years in the same homeroom — Room 208 — at Thornlea Secondary School with Alek Minassian, whose murder trial is set to start on Tuesday in a Toronto virtual court.

The room was a safe haven for students with autism and other neurological disorders, Mead says. There they learned many skills, including strategies to deal with life in a complicated world.

“He was light years away from even a vile outburst,” Mead says of Minassian.

In some ways, Mead sees parts of himself in his old friend. Both live with autism spectrum disorder — a neurological condition that affects how the brain functions.

People with autism may find it hard to connect with others, sometimes have difficulty communicating, repeat certain patterns of behaviour, and show interest in a limited number of activities, according to Autism Canada.

On April 23, 2018, Minassian killed 10 people and injured 16 more in what’s become known as the “Toronto van attack.” The judge has said the case hinges on his state of mind at the time.

Minassian, now 28, is expected to raise a defence of being not criminally responsible for the killings, where his lawyer, Boris Bytensky, will have to prove on a balance of probabilities that his client had a mental disorder and didn’t know right from wrong at the time.

Mead says he hopes the trial will help him get some answers as to why his old friend carried out such a horrific attack.

He cannot square the boy he knew in high school with the man who has become one of the worst mass killers in Canadian history.

He never hurt anyone, but outside Room 208, Minassian was “insulted and assaulted,” he says.

“He had this weird, self-deprecating humour to him,” says Mead. “So anytime someone assaulted him, he just, you know, laughed at it and he would also act like he deserved to be insulted. But I don’t know what was going on in his heart and in his mind.”

Another former classmate, Alex Echakowitz, remembers Minassian often meowing like a cat, a behaviour others in his homeroom saw as a self-soothing mechanism but was ridiculed by those outside Room 208.

“He was made fun of a lot in high school, like very nasty things about him that were very mean and rude, because they didn’t understand,” Echakowitz says. “And in particular, he had trouble with girls.”

Minassian told police he had thought about an attack for years, but only formulated a plan about a month prior.

Minassian, then 25, told Det. Rob Thomas in an hours-long interview that he was a virgin and lonely. He said he found a welcoming community in the bowels of the internet with so-called “incels,” males who are involuntarily celibate.

He explained to Thomas the worldview of incels, who say alpha males, known as Chads, date all the women, who are known as Staceys.

Men who cannot have sex with women, like Minassian, are on the bottom rung of society, he said.

In order to change that order, Minassian said, the Chads must be killed so the Staceys of the world would be forced to have sex with the incels.

The attack against random people would be his form of retribution against society, Minassian explained.

Around 1:30 p.m. that unusually warm spring day, Minassian pulled up to a red light on Yonge Street. That’s when he knew it was time, he told the detective. He gunned it, hopped the curb onto the sidewalk and hit more than two dozen people.

After he stopped, he got out of the van and was approached by Const. Ken Lam. In cellphone videos, Minassian is seen taking his wallet out and pointing it at the officer, pretending it was a gun. Minassian told the detective he wanted to die — a “suicide by cop.”

Minassian can be heard shouting “shoot me” and “kill me.” Lam, his gun drawn, didn’t flinch. He slowly moved in and arrested Minassian.

Echakowitz says that footage is difficult to watch.

“I see and I hear that and there’s something visceral,” she says.
“There’s just something very deep inside me that feels for that.”

Echakowitz says just like Minassian, she was constantly bullied throughout elementary and high school, mostly because students did not understand autism.

She says she first thought of suicide when she was nine years old.

“I thought something clearly must be wrong with me because people don’t like me,” Echakowitz says.

But that’s where sympathies end from both Echakowitz and Mead, who have become advocates for the autism community.

Echakowitz says she found solace online through social media and all the relationships that have formed from that.

Mead and Echakowitz worry about the potential damage the trial could cause to the broader autism community.

A few years before the attack, Mead launched dating workshops for men and women with autism, a safe space for those who struggle with making connections.

“When we did the first workshop, we realized these people just want to make friends, dating is on the backburner, so we changed it up and learned how to make friends,” he says.

On the first anniversary of the attack, Mead went public about his connection to Minassian. He thought the workshops would end because of the association, but it had the opposite effect.

Perhaps, Mead has learned from his workshops, love and understanding is the way to fight the allure of incels for those who are isolated.

Mead was forced to pause the workshops because of the COVID-19 pandemic, but he’s now moving them online.

A few weeks ago, he received a note from one of the workshop participants.

“You brought me into a community I didn’t know was there,” it read. “I didn’t feel alone anymore.”