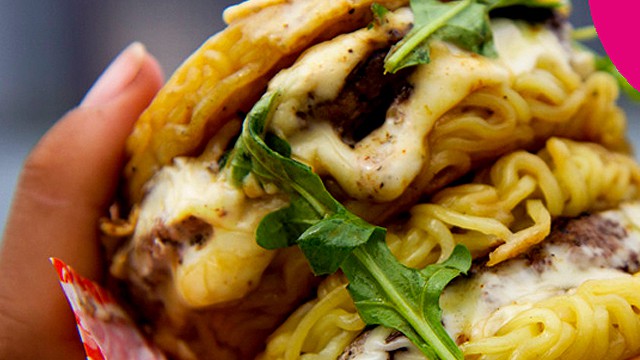 If you were hoping for more food festivals in the city, your wish has been granted.

This summer, Mississauga will be home to a Junk Food Festival. The gluttonous celebration of naughty foodstuffs will run from September 16-18 and take place at Square One (151 City Centre Drive, if you’re interested in coming in from out of town and want to Google map it).

The festival was founded by Philip Suos, the founder and festival director of Toronto’s Mac and Cheese Festival.

“It’s an eight city tour starting in Toronto then headed to Mississauga. We’re trying to find a few more chefs who would like to compete for our grand prize of $25,000.”

As for that sweet $25,000, that’s the grand prize available to the chef (or team of chefs) who wows attendees with his or her one-of-a-kind junktastic culinary creation. In order to win the big prize, you’ll first have to wow your city and take home a prize of $2,500. Should your creation be deemed the best at Sauga’s festival, you’ll go onto to compete against other teams for the sizeable $25,000 prize.

If you are interested in entering the competition, feel free to reach out to organizers on Facebook.

“Our festival is free admission to the public and we offer a free 10’x10′ space to our competitors, they just need to put a 100 per cent refundable security deposit,” says Suos.

So, Mississauga, prepare to overindulge in some very creative comfort food come September!