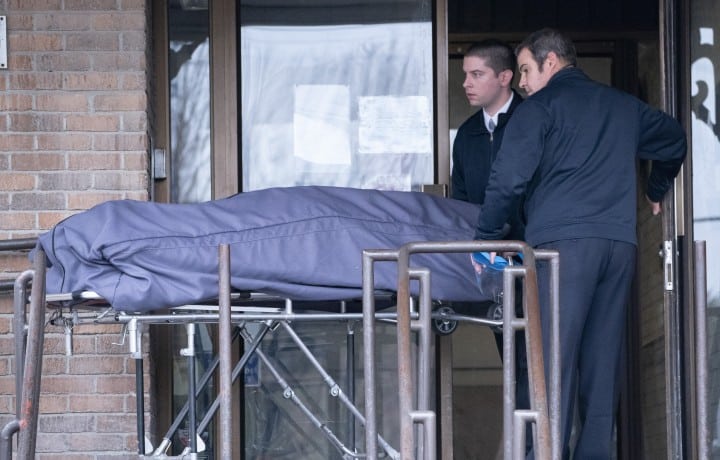 OTTAWA — The number of deaths in long-term care facilities is expected to keep rising, even as the growth of overall COVID-19 cases begins to slow, Canada’s top public health official warned.

Dr. Theresa Tam, the chief public health officer, said the spread of the virus in care homes has been at the root of half of the more than 700 deaths across the country.

“The number of deaths will increase,” Tam said Monday at a media briefing in Ottawa.

Last week the federal government released its projected trajectory for the outbreak. The total number of deaths projected in Canada — between 4,400 and 44,000 in the best-case scenario — was based on a fatality rate of 1.1 per cent.

On Monday, Tam said that fatality rate is expected to rise given the outbreaks in long-term care homes across the country.

The news follows a gruesome weekend discovery in a private long-term care home in Dorval, Que., where police are investigating the deaths of 31 people since March 13. Five of the deaths have been definitively linked to COVID-19.

While provinces and territories are ultimately responsible for their own public health response to the pandemic, Seniors Minister Deb Schulte highlighted new federal guidelines for all care homes in the country to try to stall the spread of the virus in other vulnerable facilities.

She said long-term care homes are at particular risk, not only because of the older populations they serve, but also communal living spaces and the number of people who come and go.

Residents are exposed to visitors and health-care workers who travel from facility to facility in some cases.

“Providing consistent guidance for long-term care homes across the country will save lives,” Schulte said Monday.

The non-mandatory guidelines, developed in tandem with provincial and territorial health authorities, lay out how those risks can be mitigated.

The suggestions include limiting visitors, screening workers at the beginning of each shift and screening residents daily.

They also suggest limiting the number of homes workers serve to just one, where possible.

As for why they are being released weeks after the first long-term care home outbreak was reported in British Columbia in early March, Tam said it took time to draw on the expertise needed to draft the guidelines.