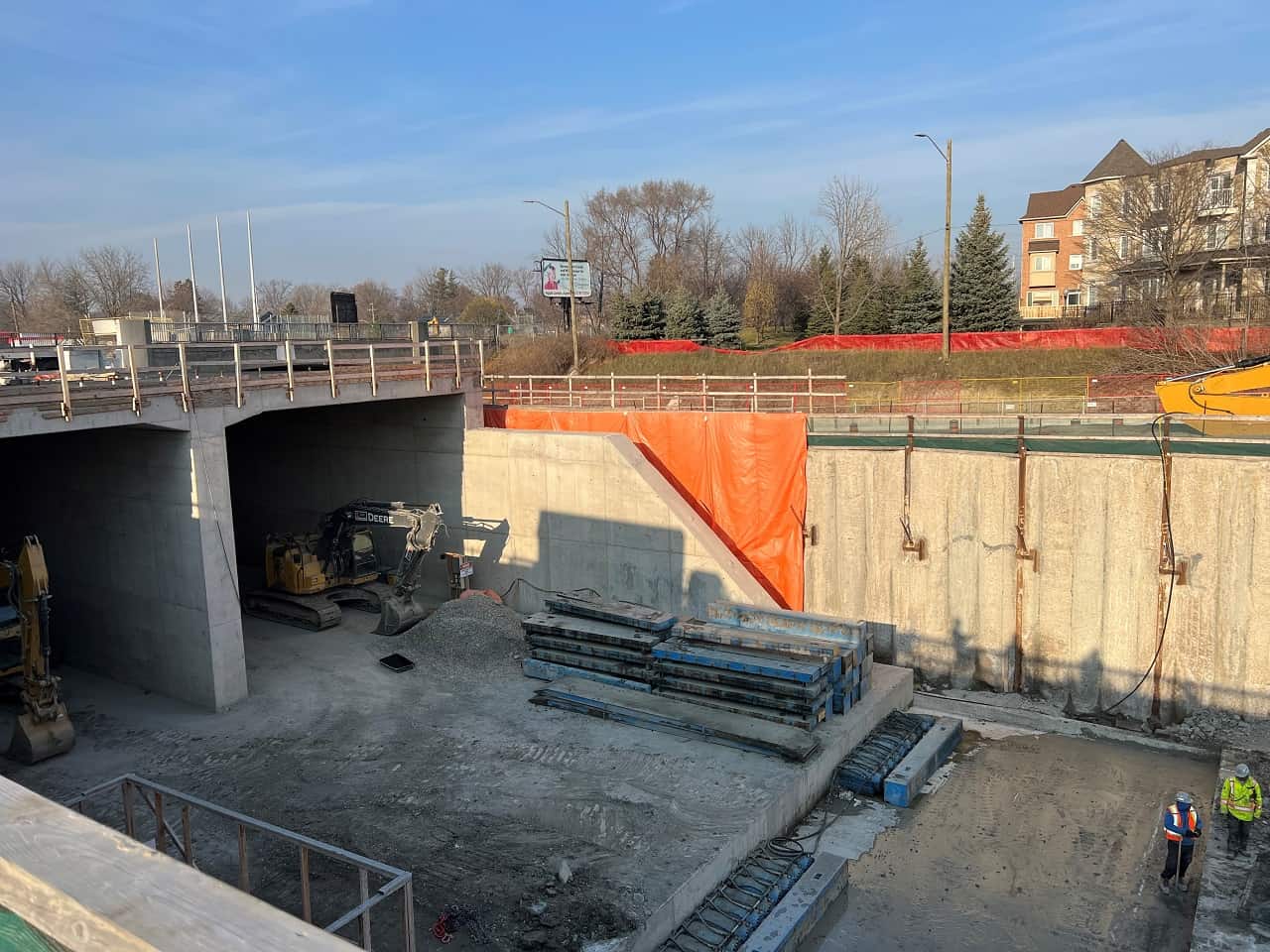 Officials with Metrolinx, the provincial agency in charge of the massive project, say the official “push” of the “push box” underneath the Lakeshore West train tracks in Port Credit got underway earlier this week.

The “push box” is a large and hollow concrete “box” that’s pushed through an area to form the new underpass.

The major task is being completed in similar fashion to the installation six weeks ago of an underpass several blocks to the north at the QEW and Hurontario St.

Like that project, the Port Credit GO station underpass is being completed using groundbreaking technology that dramatically reduces the time it takes to finish the task while also limiting disruptions to vehicle and pedestrian traffic.

“This push box will be used as a new passageway under the Lakeshore West train tracks, allowing the future Hazel McCallion Line to enter and exit Port Credit GO station without disrupting current train service on the tracks above,” Metrolinx officials said in a project update. “The push box includes a partition wall separating north and southbound vehicles and is 60 metres long.”

“To complete the work safely and efficiently, crews will be onsite over the next few weeks when train movements are least active, between 12 a.m. and 5 a.m. during weekdays with some weekend work being scheduled as required,” project leaders say.

The QEW/Hurontario St. underpass was completed the weekend of Oct. 28-31 using an innovative new technique described as a first in Ontario and one that significantly reduced the work time and associated traffic impact.

When completed in fall 2024, the 18-kilometre Hazel McCallion Line will run from south Mississauga to Brampton with at least 19 stops along the way.

If City of Mississauga officials get what they want, the “transit loop” that would serve people living in highrises in the city’s downtown core will once again be part of the project.

In addition to recent work on utilities, crews working on the LRT have also been focusing on completing tasks around two major creeks in Mississauga in an effort to prevent devastating local floods in the future.