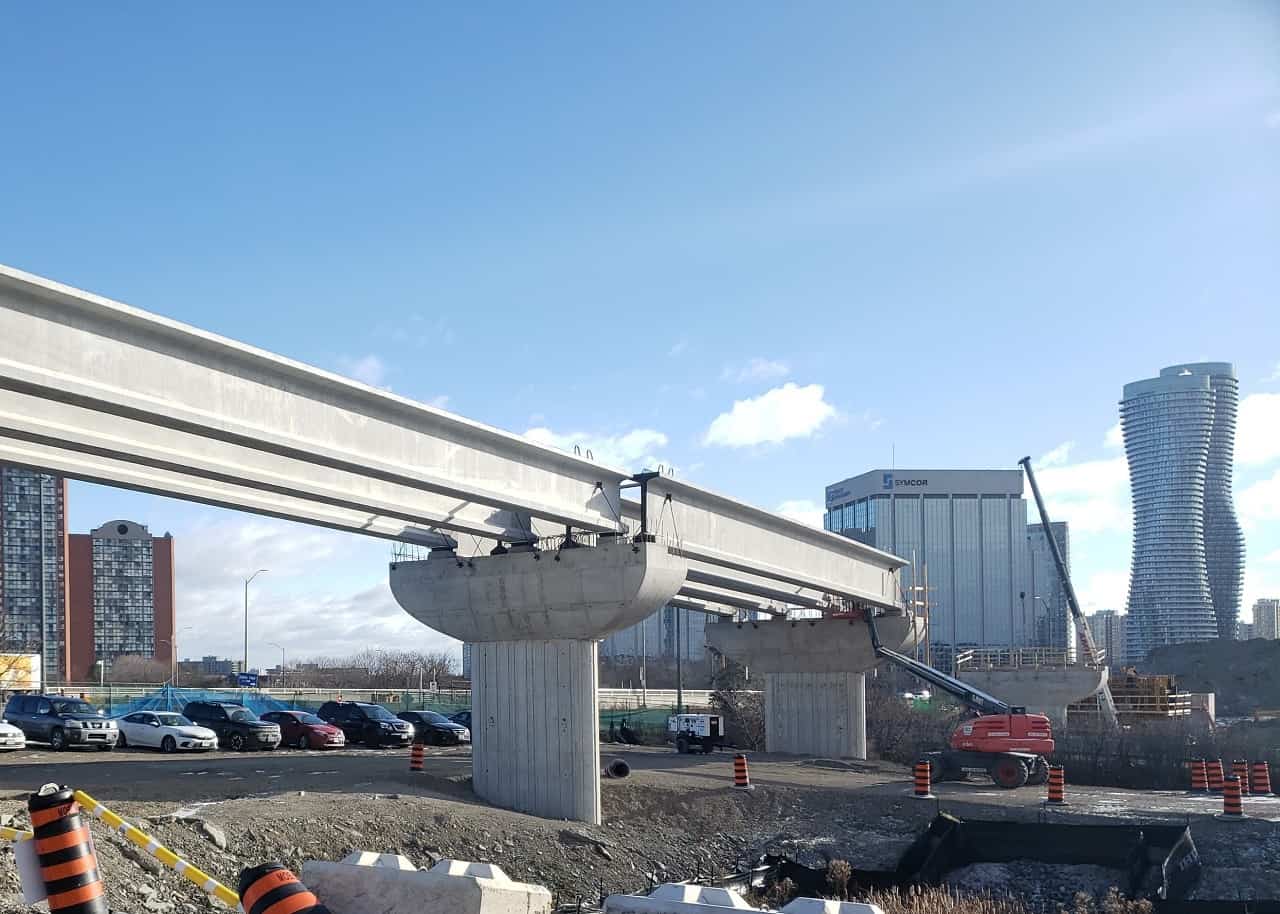 The elevated guideway that will eventually connect the 18-kilometre LRT route along Hurontario St. to the City Centre stop near Square One is making significant progress, project leaders said in an update on social media today (Dec. 16).

“You may have spotted the guideway piers (the vertical structures that will support the guideway) going up near Hwy. 403 and Rathburn Rd. Now, the structure is starting to take shape,” Metrolinx officials said in a Twitter post.

Metrolinx, the provincial agency overseeing the massive transit project, told insauga.com late last month that while some residents may have thought construction in the area was related to the cancelled City Centre loop, that is not the case.

“The work underway is related to the elevated guideway that connects the LRT to the Mississauga City Centre stop,” a spokesperson confirmed in an earlier email.

The elevated guideway for the future #HazelMcCallion line is making progress! You may have spotted the guideway piers (the vertical structures that will support the guideway) going up near Highway 403 and Rathburn Rd. Now, the structure is starting to take shape. #HuLRT pic.twitter.com/cel6UdEGd6

A City Centre loop that would conveniently connect Hazel McCallion Line trains with the many condos in Mississauga’s downtown core was initially part of the huge transit plan before being cut from the project by the provincial government three years ago.

Plans for the loop were dropped in order to save money.

Mayor Bonnie Crombie, council and other City of Mississauga officials have been fighting for reinstatement of the loop ever since. In fact, Crombie has often identified it as among the very top priorities for the City.

Ward 4 Councillor John Kovac told insauga.com in late November that he remains optimistic Premier Doug Ford’s government will change its mind and bring back the loop.

In the meantime, construction in the area continues on both the elevated guideway and what’s known as the “LRT-only flyover” over Hwy. 403. The flyover is, essentially, a bridge over the busy highway to accommodate the trains.

The 18-kilometre LRT route, to be completed by fall 2024, will move passengers from Port Credit GO station in the south to Brampton in the north, with 19 stops along the way.

When completed, it will link to GO stations at Port Credit and Cooksville, the Mississauga Transitway, Square One GO Bus Terminal, Brampton Gateway Terminal, and key MiWay and Brampton Transit routes.

In addition to recent work on the guideway and utilities, crews working on the LRT have also been focusing on completing tasks around two major creeks in Mississauga in an effort to prevent devastating local floods in the future. 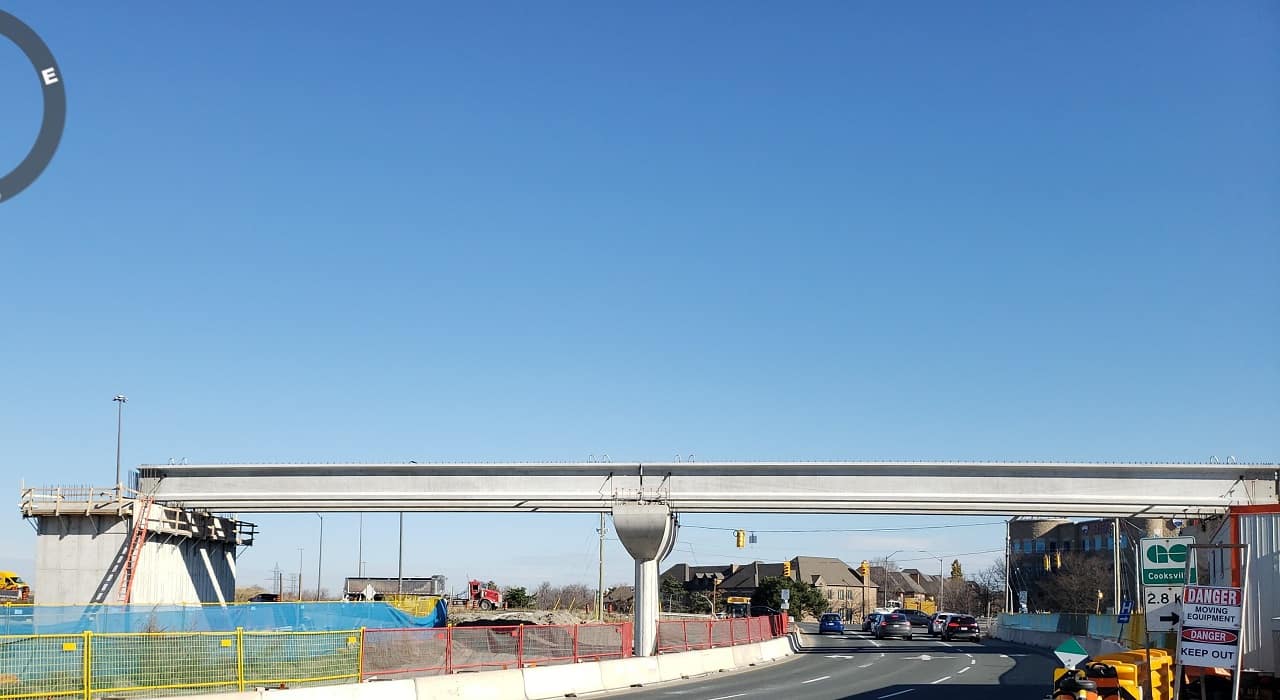