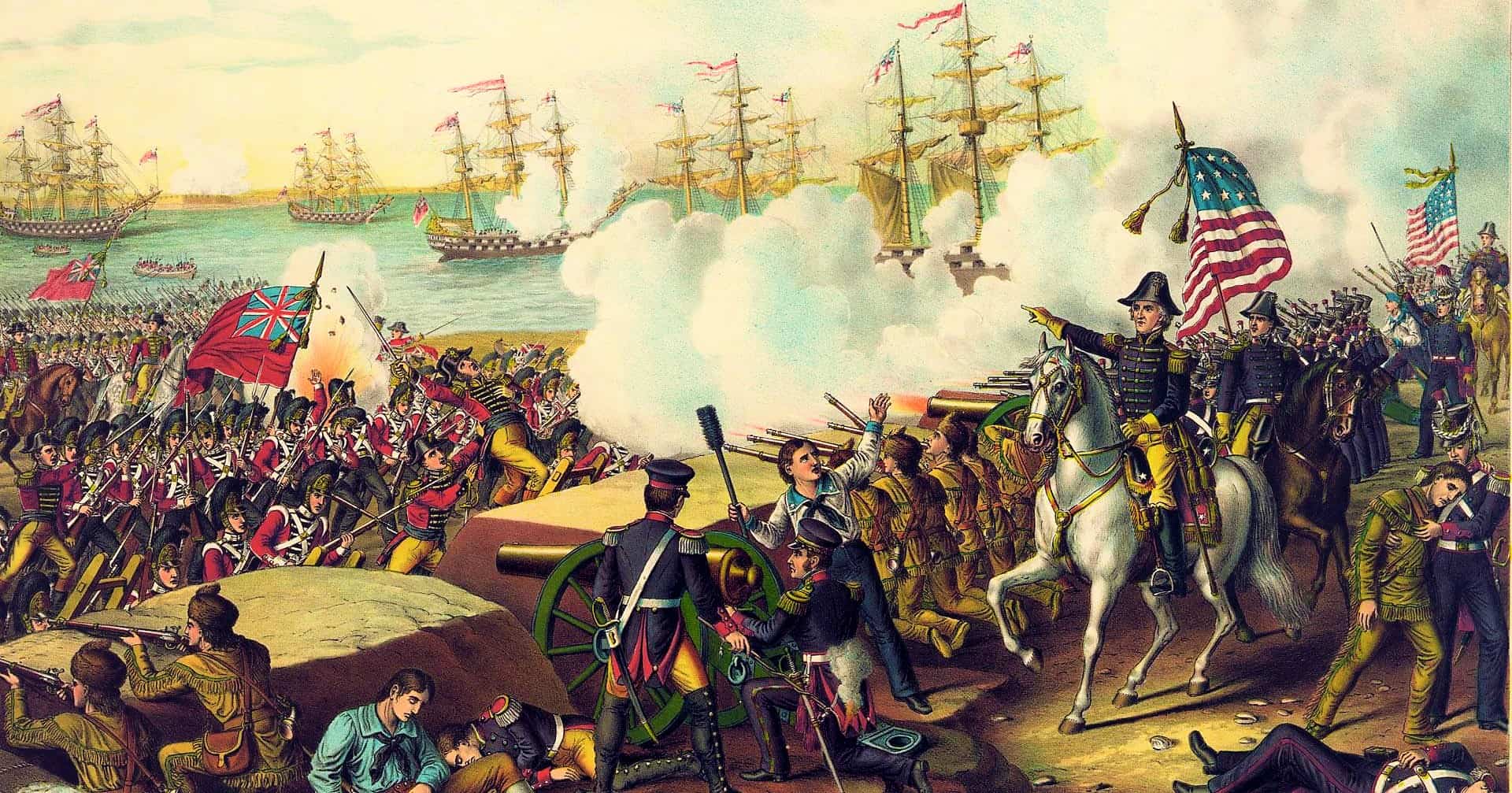 While Niagara Region properties have dozens, if not hundreds, of stories from that war between the Americans and the British (remember, we weren’t Canada at that point – just a Bristish colony), this particular battle was key.

That’s largely due to the fact that initially it looked like the American soldiers were largely overpowering.

Days earlier, the American side stormed into Fort Erie, taking the actual fort over with relative ease.

From there, they continued their pressured front lines north until they reached the Lundy’s Lane area of Niagara Falls and that’s when the battle turned.

According to lundyslane.com, “By the time forces for both sides met head-on at Lundy’s Lane, they had been at war for two years. At the start of the battle, there were about 2,800 fighters present – 1,800 British and 1,000 American.”

The website notes a large portion of the battle was in the evening. “The nighttime fight – a rarity in those days – killed 258 men and left more than 1,500 casualties which, ironically, is pretty close to what the civilian population was back then in the settlement around Niagara Falls.”

The devastation of the battled is also well-documented. “The community must have been overwhelmed. Most homes and public buildings in the area would have been used as hospitals for the wounded and dying. The wives and daughters in the community that was made up mostly of farmers and merchants would have been called on to tend to the injured men.” 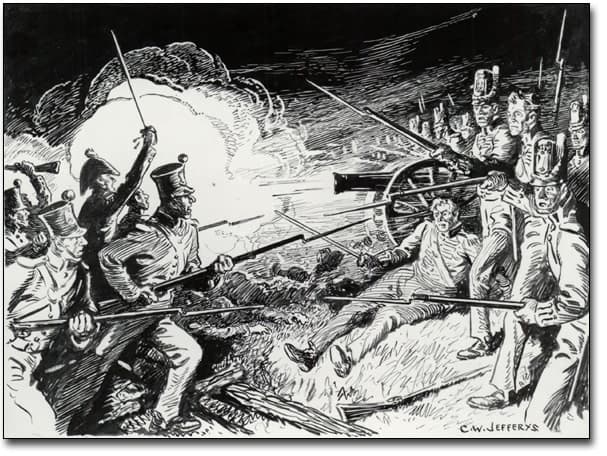 Niagara Falls residents will recognize some of the street names that involved major skirmishes as the two sides collided head-on in and around the Stanley Avenue and Lundy’s Lane intersection, spilling east onto the Drummond Hill Cemetery.

The approximately 700 Americans still living had to withdraw back to Fort Erie, as they were badly beat up and lacking the supply line that the home side had.

While historians consider the battle a draw, the fact is “the American forces had to withdraw south to Fort Erie due to their depleted manpower. In most cases, they left their dead behind – in the hot July weather, the stench of death must have hung in the air as it was left to civilians and British soldiers to bury the corpses.”

Fighting was so savage that British Lt. Gen. Gordon Drummond later wrote, “our artillerymen were bayonetted by the enemy in the act of loading, and the muzzles of the enemy’s guns were advanced within a few yards of ours.”

So while the battle was a major turning point, before anyone gets too nationalist about winning and losing, perhaps it’s time to revisit why the War of 1812 was fought.

The American colonies on the Atlantic Eastern Seaboard had already proclaimed independence from the British way in 1776.

Yet, they declared war on what is now Canada in June 1812, mostly over two issues: the British were taking American seamen into custody and forcing them into the Royal Navy against their will, and the British were supporting hostile native tribes on the Great Lakes frontier.

The War of 1812 ended on Christmas Eve 1814 with the signing of the Treaty of Ghent, in Ghent, Belgium.

However, fighting continued into late January 1815 for a single reason. Word of the treaty took slightly more than a month to reach the troops. 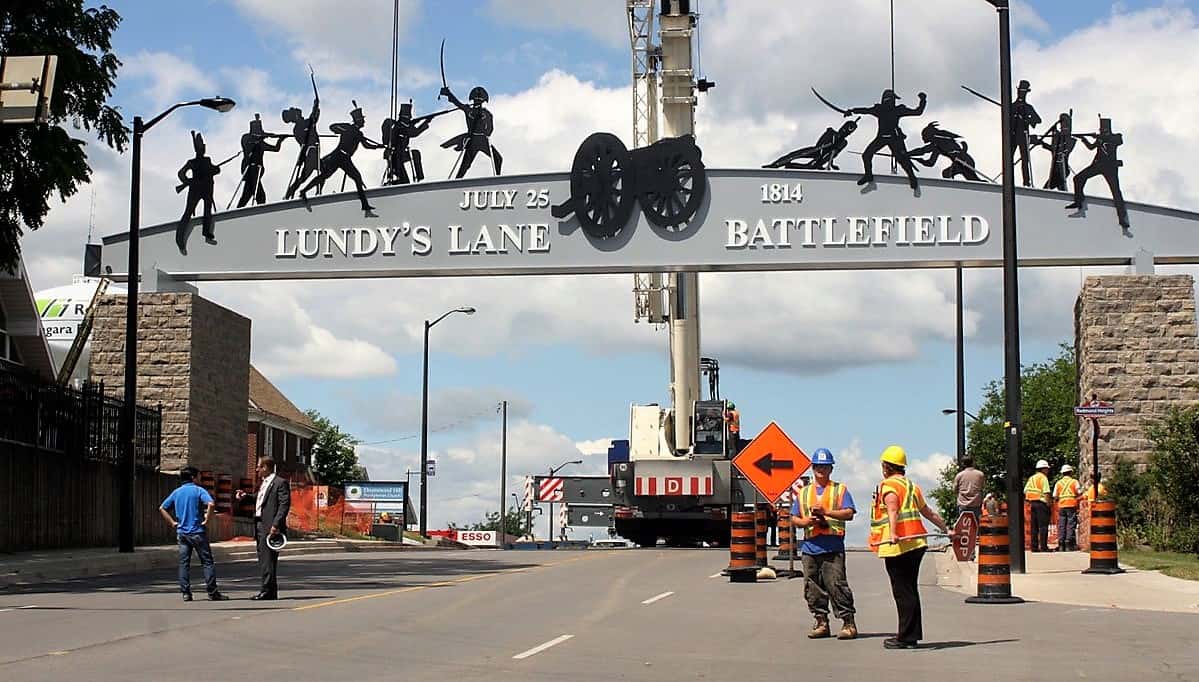 If you’ve ever been curious about the soldiers on this Lundy’s Lane sign, this is the story.