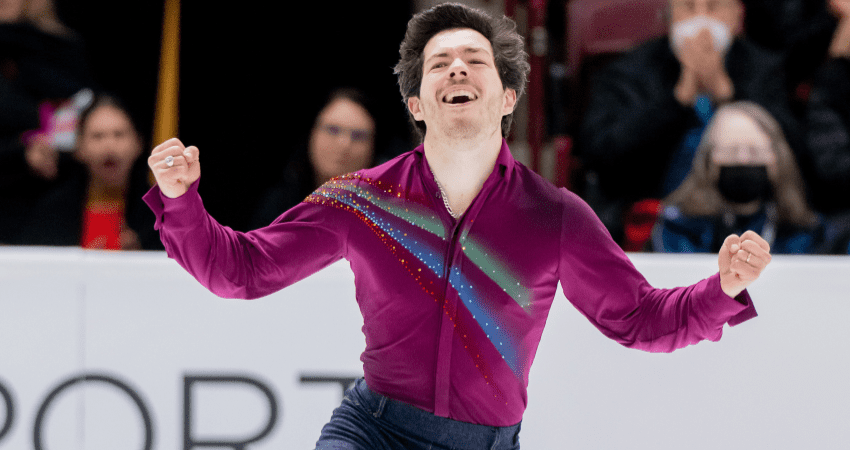 Keegan Messing, skating in his final Canadian figure skating championships and with a plane waiting to take him home for the birth of his second child, captured his second straight Men’s Singles title Saturday at the Tribute Communities Centre in Oshawa.

Messing, who finished 11th in last year’s Olympics, fell twice and struggled to keep his emotions in check but his score of 257.78 was good enough for gold. The 30 year-old from Girdwood, Alaska, who is retiring this off-season, told media members in the mixed zone after his skate the victory was “special” and that he “couldn’t have ended on a better note.”

Madeline Schizas of Calgary won her second consecutive gold medal in Woman’s Singles, while Kaiya Ruiter, a 16-year-old from Calgary, scored the highest free-skate score to climbe from sixth place after the short program to capture silver.

Quebec skaters won both the Ice Dance and Woman’s Pairs events. Laurence Fournier Beaudry and Nikolaj Sorensen captured their first Canadian dance title despite a near disastrous accident at the end of their routine mishap when Fournier Beaudry’s skirt caught under her blade. Deanna Stellato-Dudek battled through a nagging virus to win the pairs event with Maxime Deschamps.